"Respectable" corporate giants in the United States today are stealing their employees blind. We need to better understand how -- and why. 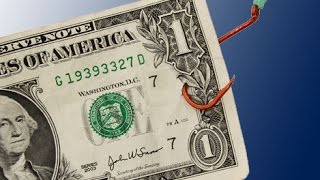 The American economy rests ultimately on trust, a mutual understanding between employers and employees that each side, in the end, will behave honorably. A fair day's wage, as the classic formulation puts it, for a fair day's work.

This covenant gets broken, of course, on a regular basis. The most damaging betrayals? They come when employees put in that fair day's work and don't get paid a full fair day's pay. Labor market analysts today have come to call these betrayals "wage theft," and this thievery is thriving.

The employer culprits include the predictable fly-by-night operators we would expect. But the culprits also include, as an alarming new report details, veritable pillars of Corporate America, billion-dollar companies that can clearly afford to honor their side of our core employer-employee bargain.

These corporate pillars are committing their thievery on many fronts. They're not paying employees for work performed "off the clock." They're stiffing workers on overtime and violating minimum wage laws. They're requiring employees to buy particular work clothes and not compensating them for their outlays.

How widespread has this corporate wage theft become? Grand Theft Paycheck, a landmark new report from Good Jobs First and the Jobs with Justice Education Fund, has catalogued over 1,200 lawsuits since the year 2000 won by groups of workers who took their employer to court "to recover the pay they were wrongly denied." Employers in these cases paid out $8.8 billion in penalties.

Adding in actions against large employers that regulatory agencies at the federal and state level have taken brings that penalty total up over $18 billion.

The obvious question all these realities raise: What's driving our massive wage thievery? The giant U.S. corporations involved in this theft -- retailers like Walmart, telecoms like AT&T, banks like JPMorgan Chase, insurers like State Farm -- can all easily afford, as Grand Theft Paycheck puts it, "to pay their workers properly." So why aren't they? Why are they behaving so outrageously?

But the biggest reason major corporations are cheating their workers remains more basic: The outrageously generous rewards that have become so commonplace in Corporate America give the executives who run our top corporations an ongoing -- and almost irresistible -- incentive to behave outrageously.

To hit the corporate jackpot, to pocket double-digit millions and more, these execs will do most anything. They'll cook their corporate books. They'll shortchange R&D. They'll outsource and downsize. They'll take reckless risks. And, as Grand Theft Paycheck documents, they'll steal from their employees. They'll even build that theft into their business models.

And all this outrageous behavior pays phenomenally well. Among the dozen companies most penalized for wage theft, four compensated their CEOs last year at over $20 million, and only two shelled out under $8 million. Actually realized gains from stock awards, Grand Theft Paycheck adds, often send total CEO compensation many millions of dollars higher than standard executive pay disclosures reveal.

Against these colossal millions, the threat of penalty fines for wage theft hasn't had much of a deterrent effect. Would larger fines make a difference? Would more systematic regulatory oversight reduce levels of wage theft? Would a stronger union presence discourage corporate thievery? Undoubtedly yes, for all of these moves.

Related Topic(s): Crime Corporate; Crimes Against Humanity; Employees; Theft; Wages-Salaries, Add Tags
Add to My Group(s)
Go To Commenting
The views expressed herein are the sole responsibility of the author and do not necessarily reflect those of this website or its editors.