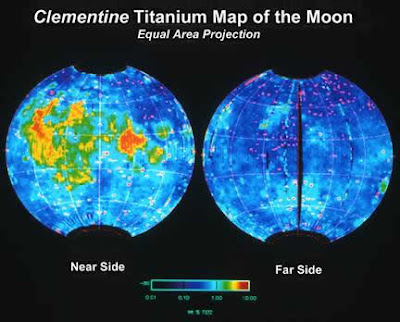 (Image by Unknown Owner)   Details   DMCA
I was a bit surprised to hear Obama last week promote the Mars missions with such vigor. His call for manned missions to the red planet won't be cheap and you wonder how the nation can afford to pay for them. He intends to increase NASA funding by $6 billion over the next five years - one of the few budget increases in government discretionary funding.

Democracy Now did a short story on the Obama announcement and had Victoria Samson from the Secure World Foundation on to talk about it. Amy Goodman asked her about the military connection to NASA and she denied there was one. Anyone who follows the space program knows differently. Here is what she said.

AMY GOODMAN: We should say we're talking to Victoria Samson at the Denver airport. She's just coming from Colorado Springs from this meeting [annual aerospace corporation "National Space Symposium"]. Can you talk about the meeting and the uses that the Pentagon has for NASA? And when we talk about $6 billion, is some of that actually military spending but just sort of under the guise of giving it to NASA?

VICTORIA SAMSON: Well, no, I don't think so. There's a real separation of church and state between the United States Pentagon and NASA. They're very careful not to combine the two. But on the other hand, you know, NASA uses rockets that the Pentagon uses for other sort of options, so when you look at the investment on heavy-lift sort of vehicles, solid rocket motors, things like that, there is sometimes a benefit for both sides. But I don't think--the $6 billion over five years, that's NASA funding. And if you look at it compared to what the United States Department of Defense gets, it's a drop in the bucket compared to their annual budget.

Let me just list a couple of examples of the Pentagon-NASA connection:

3) The 1994 Clementine mission to the moon, ostensibly to map the surface of the moon, tested Star Wars sensors for the Pentagon. The mission was jointly sponsored by the Ballistic Missile Defense Organization and NASA.

4) The space shuttle Endeavour, launched on January 31, 2000 from Cape Canaveral, did an 11-day radar Earth topology mapping mission that created high resolution 3-dimensional maps for 80% of the Earth's surface. Few in the corporate dominated media though mentioned the fact that the Pentagon gave NASA over $200 million for the shuttle flight. Most of the high resolution maps created by the mission were classified TOP SECRET and were put under the control of the military. Most likely these maps have been used since in the 2003 "shock and awe" attack of Iraq and the war in Afghanistan to help direct targeting.
5) On April 22 the Pentagon will launch a test of the new military robot space plane, the X-37B, from Cape Canaveral in Florida. According to media sources, "The X-37B initiative leverages extensive and early NASA, DARPA, Air Force, as well as investments by its builder Boeing Phantom Works. The funding level for the overall project is within the Air Force's classified budget."
There are zillions more examples of NASA-Pentagon collaboration. For Ms. Samson to claim there is a "real separation of church and state between the U.S. Pentagon and NASA" is an outright distortion of reality. Democracy Now should do a correction of this kind of serious misinformation.
There is no doubt that Ms. Samson knows better than this and one can only wonder if the Secure World Foundation has gotten so far into bed with the aerospace industry that they have no shame about becoming apologists for the military takeover of the space program.

Related Topic(s): Afghanistan; Boeing; DARPA; Iraq; Military; NASA; Obama; Pentagon; Pentagon; Rocket; (more...) Satellites, Add Tags  (less...)
Add to My Group(s)
Go To Commenting
The views expressed herein are the sole responsibility of the author and do not necessarily reflect those of this website or its editors.