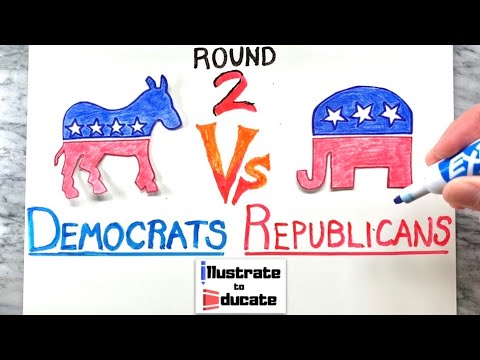 As America heads into its quadrennial circus of nominating conventions (this year's even more surreal because of the pandemic), it's important to understand the real difference between America's two political parties at this point in history.

As a result, the party that's mainly good at attacking has been winning elections - and pushed into governing, which it's bad at. In 2016, the Republicans won the presidency, along with control over both chambers of Congress and most governorships. On the other hand, the party that's mainly good at governing has been losing elections - pushed into the role of opposition and attack, which it's bad at. (The House speaker, Nancy Pelosi, however, seems to have a natural gift for it.)

The big question hovering over the election is whether Democrats can summon enough fight to win against the predictable barrage. Biden's choice of running mate, Kamala Harris, bodes well in this regard. Quite apart from all her other attributes, she's a fierce fighter.

Related Topic(s): Issues; Party Loyalty; Party Machine Democratic; Party Machine Republican; Voter Participation, Add Tags
Add to My Group(s)
Go To Commenting
The views expressed herein are the sole responsibility of the author and do not necessarily reflect those of this website or its editors.