reprinted from The Free Press

by Gerry Bello and Bob Fitrakis

Several Tanker trucks full of political ink have been spilled on Mitt Romney's tenure as a vulture capitalist at Bain Capital. A more important story, however, is the fact that Bain alumni, now raising big money as Romney bundlers are also in the electronic voting machine business. This appears to be a repeat of the the infamous former CEO of Diebold Wally O'Dell, who raised money for Bush while his company supplied voting machines and election management software in the 2004 election.

In all 234 counties of Texas, the entire states of Hawaii and Oklahoma, half of Washington and Colorado, and certain counties in swing state Ohio, votes will be cast on eSlate and ePollbook machines made by Hart Intercivic. Hart Intercivic machines have famously failed in Tarrant County (Ft. Worth), adding 10,000 non-existant votes. The EVEREST study, commissioned by the Ohio secretary of state in 2007, found serious security flaws with Hart Intercivic products.

Looking beyond the well-documented Google choking laundry list of apparent fraud, failure and seeming corruption that is associated with Hart Intercivic, an ongoing Free Press investigation turned its attention to the key question of who owns the voting machine companies. The majority of the directors of Hart come from the private equity firm H.I.G. Capital. H.I.G. has been heavily invested in Hart Intercivic since July 2011, just in time for the current presidential election cycle. But who is H.I.G Capital?

Out of 49 partners and directors, 48 are men, and 47 are white. Eleven of these men, including H.I.G. Founder Tony Tamer, were formerly employed at Bain and Company, and two of those men, John P. Bolduc, Douglas Berman, are Romney bundlers along with former Bain and H.I.G. manager Brian Shortsleeve.

Additionally, four of these men were formerly employed at Booz Allen Hamilton. Booz Allen, now owned by the Bush family friendly Carlyle group, also made voting machines for the United States military. Booz Allen was also the key subcontractor for the controversial PioneerGroundbreaker program, an NSA data mining operation that gathered information on American citizens until it was shut down and replaced with even more invasive successor programs like MATRIX and Total Information Awareness.

H.I.G. Capital employees have given $338,000 to Mitt Romney's campaign. That amounts to over $1500 per employee. Bain Capital, Mitt's former company, by comparison, only gave him $268,000. H.I.G. is the 11th largest donor to the Romney Campaign. Clearly they are working really hard for their man. It appears that they will work even harder on election night. Although not boisterously promising to deliver states where their machines are to Romney as Wally O'Dell of Diebold did for Bush in 2004, they can launder hundreds of thousands of votes and swing the vote in the crucial swing state Ohio.

Will Mitt's cronies steal our democracy the way they stole our jobs? Time will tell, but they have certainly positioned themselves to do so if they choose.

In our first investigative article  Who owns Scytl? George Soros isn't in the voting machines, but the intelligence community is .

the Free Press revealed that Scytl, a Spanish-based company now contracted to count 25% of the U.S. presidential vote, has ties to Booz Allen. Scytl's start up funding comes from three European Venture Capital Firms, Balderton Capital, Nauta Capital, and Spinnaker SCR. The director of Nauta's American operations is Dominic Endicott, who went from Cluster Consulting to Booz Allen Hamilton (NYSE: BAH) where he oversaw wireless practice. He then rejoined his former colleagues from Cluster Consulting at Nauta. In his capacity as a Nauta partner Endicott also sits on the board of CarrierIQ.

Scytl has emerged as the most mysterious election counting company in this presidential election. Scytl claims to have a Scytl USA division located in Glen Allen, Virginia. The following is a photo of the Scytl USA national corporate offices at 6012 Glen Allen Drive. The land deed records show that the ownership of the property at that address is Hugh Gallagher, now listed as the managing director of Scytl USA. The deed, which was prepared in Ohio by a relocation firm in 2002, pre-dates the creation of Scytl USA. A Scytl USA sales office is located in Baltimore, Maryland, and appears to be a Rent-an-Office, often referred to as a "virtual" office with a shared secretary that serves as a mail drop. 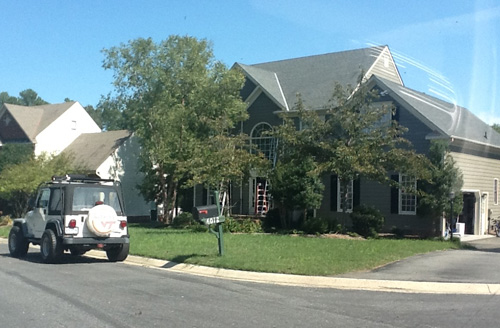 
The ties of Hart Intercivic to Romney fund-raisers and Bain alumni should cause concern in the Obama re-election campaign. So, should the mysterious Spanish owned company, Scytl, with a U.S operation that seems to be an illusion.

Related Topic(s): Electronic Voting; Romney Mitt, Add Tags
Add to My Group(s)
Go To Commenting
The views expressed herein are the sole responsibility of the author and do not necessarily reflect those of this website or its editors.