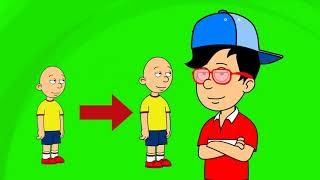 I get it: We all must vote by mail -- or we die. There is really no other safe choice.

But there is much to fear, especially for minority and young voters, with a switch to all-mail voting -- unless our broken absentee ballot system is fixed.

Here's what the "Go Postal" crowd doesn't tell you: In 2016, 512,696 mail-in ballots -- over half a million -- were simply rejected, not counted. That's official, from the federal Elections Assistance Commission (EAC).

But that's just the tip of the ballot-berg of uncounted mail-in votes. A study by MIT, Losing Votes by Mail, puts the total loss of mail-in votes at a breathtaking 22%.

Move to 80% mail-in voting and 25 million will lose their vote.

And not just anyone's mail-in ballots are dumped in the electoral trashcan. Overwhelmingly, those junked are ballots mailed by poorer, younger, non-white Americans.

Columbia Law professor Barbara Arnwine, founder of the Transformative Justice Coalition, says that a move to mail-in voting is, "really, really dangerous to the Black vote." Millions of low-income voters who rarely vote absentee will now have fill out multi-step forms for the first time, which, "will lead to disaster," says Arnwine.

Vote by mail is not as simple as "pick and lick" -- picking candidates and licking the envelope.

Eight states, including the swing states of Wisconsin, North Carolina and Klobuchar's Minnesota, require mail-in voters to have the ballot signed by a witness. The required double-verification is a nightmare -- it requires breaking the lock-down -- and is an invitation to ballot challenges.

Three states, including swing state Missouri, require the ballot to be notarized. (Alabama requires a notary or two witnesses.)

All but six states "verify" your signature against your registration signature. Partisan officials decide if there is a "match." No less than 141,000 ballots were rejected as "unmatched" in 2016.

Why? To prevent vote fraud, someone stealing your ballot and voting in your name. President Trump warns, "Mail ballots are very dangerous for this country because of cheaters."

Greg Palast's investigative reports appear in Rolling Stone, the Guardian and on BBC Television. His latest film, The Best Democracy Money Can Buy, on how Donald Trump stole the 2016 election, is available on Amazon. Palast is Patron of the Trinity (more...)
Related Topic(s): African-americans; Democratic; Election Fraud; Election Integrity; Election- Ballot Access; Election-Voting Issues; Elections And Campaigns; Republican; Uncounted; Vote-by-mail, Add Tags
Add to My Group(s)
Go To Commenting
The views expressed herein are the sole responsibility of the author and do not necessarily reflect those of this website or its editors.