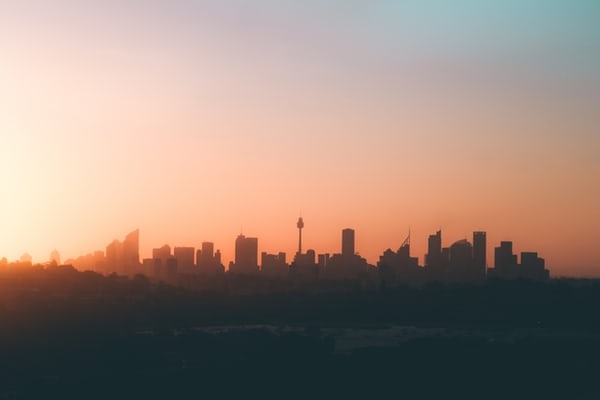 Endless growth can only end in tears yet our leaders are addicted to an expansionary economic model that continues to be fossil-fuel dependent
(Image by unsplash.com/SamWermut)   Details   DMCA

While most of us sit at home, the planet continues to warm polar ice melts, oceans acidify, glaciers disappear, and seas rise. Plants, animals, and humans continue to be displaced from their accustomed habitats. Life in our climatological greenhouse goes on, but now, one of a trillion microbial species has our attention.

Zoonotic infections, exacerbated by urban development pushing ever further into the remaining wildlands of the world, where fauna and humanity newly comingle, are symptomatically allied to global warming. The Covid-19 pandemic is a late manifestation of 'The Great Acceleration', the era of unprecedented human expansion that was initiated post-WWII and has continued into this century fueled by new technologies and a vastly expanded utilization of fossil energy. Infections are now rapidly disseminated as the spawn of globalization on airliners burning kerosene, and cruise ships and freighters burning diesel fuel, across global trade and tourism routes.

Accustomed to fire, flood, drought, extreme temperatures, crop failures, desertification, and the increased incidence of hurricanes and storm surges, either through direct experience or, more often, through the media, the link between the burning of fossil fuels and global warming has effectively infiltrated human consciousness even as it continues to be fiercely denied by some. This consciousness must now expand to include these connections between fossil fuels and viral pandemics.

Since the mid-1970s, with the advent of computerized climate models, it has been scientifically irrefutable that increased CO2 levels are warming the world in life-threatening ways. For that almost fifty-year span, we, as individuals, communities, nations and international organizations have sat on our collective hands. Action, in the form of remediation, has been characterized by its absence the void only breached by broken promises, betrayals, futile bureaucratic machinations, and outright denials of the foundational premise for its necessity.

This spring, a plot twist unfolded in this dispiriting and stultifying saga. While we, perforce, sit at home, inured to many decades of sleep-walking towards the climate apocalypse, the skies cleared, the price of oil dropped to negative $40 a barrel (rebounding to just short of positive $20 at the time of writing) and a global reduction in carbon emissions of nearly 8% is forecast for the year. We are living the dream of effectively confronting our egregious consumption of fossil fuels. From a global warming perspective, our social isolation has been highly efficacious the pernicious, growth-driven habits of exploitation, extraction and habitat destruction have been put on hold. A window has opened to a less polluted, less traveled, less rapidly warming, and healthier world, albeit one in which the enduring human susceptibility to viral disease has again been exposed.

While the global pandemic has put everyone at risk, the most vulnerable are the elderly, the ill, the obese, the economically distressed, the inadequately housed and the homeless, minorities, the institutionalized and all those who occupy lands governed by the inept and the venal. Across the globe, the frontline communities which suffer the 'first and worst' impacts of global warming are similarly devastated by Covid-19. Yet, at a biological level, the SARS-CoV-2 virus practices rigorous non-discriminatory levels of infection. Wealth and circumstance can only confer certain levels of protection, to which the daily obituaries attest none of us is safe. Despite those many exposed to extreme levels of risk by the inequities of their lives, our common humanity is emphasized by our shared vulnerability to this mutated bat virus.

To recapitulate: societal response to the pandemic has slowed the frantic pace of economic activity, largely driven by the one-time energy bonus of unearthed fossil biomass, first realized in the mid nineteenth century but risen to an unprecedented frenzy since the 1950's. This respite has moderated the climatological blow-back of a carbon-laden atmosphere. The wealth generated by fossil capital has been distributed with extreme prejudice. It has accrued to the rich (made wealthy in former times by land, inheritance, and, in the U.S. and its trading partners, by slavery) and has exacerbated those gross inequalities of power, resources and well-being originally institutionalized in feudal societies and then spread around the world through the process of colonization and conquest.

The subtext of global warming is thus exposed as the ever-widening gulf between the world's obscenely rich and its metastasizing poor. The recent microbial intervention is revealed as a potential inflexion point in both global warming and wealth disparity. Still wrapped in the cocoon of social isolation and stunned by the sudden freeze of economic activity, we can now ponder the form society will assume upon its emergence from these unprecedented changes of state. Jason Moore in, 'Capitalism in the Web of Life', 2015, writes, "Civilizations do not form through Big Bang events. They emerge from cascading transformations and bifurcation of human activity." He suggests that capitalism ""emerged from the chaos that followed the epochal crisis of feudal civilization after the Black Death, (1347-1353)." What will emerge from the Covid-19 pandemic?

Broadly, there appear to be two competing visions. One favors a return to the status quo ante, a restoration of the old evils for the continued benefit of a tiny minority confident in their ability to ride out the coming climate cataclysm and escape the coming plagues. The other sees the potential for 'cascading transformations' that might lead to greater equality, opportunity and increased well-being for the majority in a world that eschews fossil fuels, moderates the escalating impacts of global warming and pulls back from rapacious habitat destruction and its concomitant exposure to novel zoonotic diseases. Recent history suggests the former vision, with little or no consideration of the latter, will prevail. The moment of clarity, expressed in climate and consciousness, will pass and progressives will resume their regular, but now carefully washed, handwringing.

The bank bailouts of 2008, after the financial crash initiated by the mortgage derivatives melt-down, will likely provide the template for the U.S. and other first-world countries re-starting their economies. Old fossil-fuel dependent heavy industries will be revived, airlines resurrected, factory-farming jump-started, the auto industry saved from bankruptcy, the oil industry revivified, and a new era of deregulation birthed all justified by the economic crisis.

George Monbiot in his weekly Environment column for the U.K. Guardian suggests,