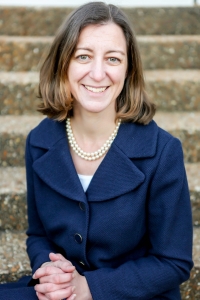 I'm proud that my Congresswoman, Elaine Luria, (VA-2nd District) posted this letter on Facebook which she wrote to Philip G Kiko, Chief Administrative Officer of the House:

I understand that despite a lapse of appropriations and the current partial government shutdown, under current law, Members of Congress will continue to receive their salary.

As a 20 year Navy veteran with firsthand knowledge of how government shutdowns threaten our military preparedness and readiness, I do not believe it is fair or appropriate for Members of Congress to continue to receive their paychecks while federal employees and their families suffer.

I ask that you withhold my pay until all federal employees have been made whole and the critical work they do is funded.

I'm so proud of these newly sworn in Congresswomen for taking this stand...it's a very good sign!

According to RollCall, these additional Congress members are refusing or donating their paychecks:

If you know of other Congress members who are participating, please list them in the comments!

Related Topic(s): Shutdown; Virginia, Add Tags
Add to My Group(s)
Go To Commenting
The views expressed herein are the sole responsibility of the author and do not necessarily reflect those of this website or its editors.