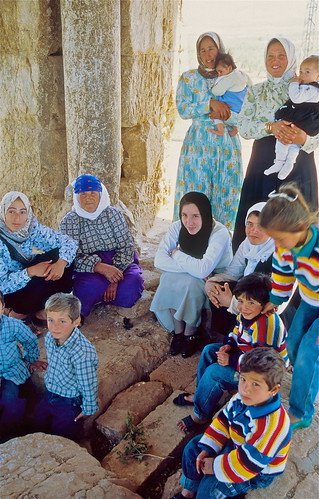 "We Wrestle Not Against Flesh and Blood, but Against Powers, Against the Rulers of the Darkness of this World, Against Spiritual Wickedness in High Places." (Epistle to the Ephesians 6:12, New Testament)

"Hegemony" is a sanitized word "vomited" up by colonial media "news" reports.

The word pretends to describe the myriad ways in which a country or countries criminally destroy prey countries to assert their dominance, their control, and their privileged access over stolen resources.

Consent is fabricated in such a way that domestic populations in the imperial countries themselves are led to believe that they will somehow benefit, but they too are being plundered and looted.

Imperial warfare is also class warfare. The plundered wealth rushes upwards to the oligarch classes that create the wars.

Multitudes globally pay the price in death and disease and starvation and dispossession. There's nothing humanitarian about any of this.

The interview below with Syrian Scientist and antiwar activist Dr. Ayssar Midani lays bare the converging lies that grease the wheels of imperial wars of aggression.

What Is the Biggest Lie About the Syrian War? Western War Propaganda, Regime Change, Terrorism

Related Topic(s): Assassination; Hegemony; Propaganda; Scientists; Syria; Syrian Arab Army; Syrian Refugees, Add Tags
Add to My Group(s)
Go To Commenting
The views expressed herein are the sole responsibility of the author and do not necessarily reflect those of this website or its editors.