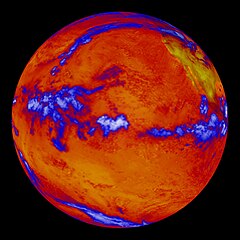 The University of California has announced that it has sold off more than $200 million worth of investments in coal and tar sands companies. University officials say the move was prompted by concerns over environmental sustainability as well as the increasing riskiness of investing in the coal and tar sands industries, which have both seen their profits plummet in recent months. Bill McKibben, co-founder of 350.org, hailed the move. The European Green Party and 350.org recently launched the "Divest for Paris" challenge, calling on institutions, individuals and governments to divest from fossil fuels ahead of the climate summit in Paris later this year.

JUAN GONZALEZ: Well, 2015 is on track to be the hottest year in recorded history. Scientists at the National Oceanic and Atmospheric Administration recently released a report showing that July was the single warmest month on planet Earth in history. Nine of the 10 hottest months since record keeping began in 1880 have occurred since 2005.

This news comes as scientists at Columbia University released a report which shows that global warming has worsened the California drought, now entering its fourth year. Meanwhile, this summer saw wildfires explode across the western United States, with Washington state breaking the record for acres burned this year. The state had the single largest wildfire on record.

And some have attributed the surge of migrants from Syria to Europe to changing weather patterns. According to Time magazine, large swaths of Syria suffered an extreme drought from 2006 to 2011, which was exacerbated by climate change. That drought reportedly led to increased poverty and relocation to urban areas.

AMY GOODMAN: All this comes as time is running out for the diplomats who are trying to forge a meaningful climate change agreement ahead of the U.N. climate summit in Paris later this year. On Monday, French President Francois Hollande noted Paris talks could risk failure if countries do not make stronger commitments. He also warned that the ongoing migrant crisis could escalate to include people fleeing natural disasters if climate change isn't tackled properly.

PRESIDENT FRANCOIS HOLLANDE: [translated] Yes, there are even risks that there could be a failure. All the contributions have not been made. We have hardly 60. The sometimes sensational statements are not often financial guarantees. In other words, financing is not flooding in with people's awareness. There needs to be a pre-decided agreement on the subject of financing so that heads of state and governments can return to Paris with the certitude that we will be able to reach a conclusion. If we do not reach a conclusion, I have evoked the situation of the refugees and dispossessed. If we do not reach a conclusion, if no single substantial measure is put in place to assure this transition and adaption, then it will not be hundreds of thousands of refugees in the next 20 years that we will have to address, but millions.

JUAN GONZALEZ: French President Francois Hollande said his country would focus over the next three months on ensuring there was $100 billion in place to tackle climate change by 2020. Meanwhile, the environmental group 350.org and the European Green Party recently launched the "Divest for Paris" challenge, calling on institutions, individuals and governments to divest from fossil fuels ahead of the climate summit in Paris later this year. On Wednesday, the University of California announced that it had sold off more than $200 million worth of investments in coal and tar sands companies.

AMY GOODMAN: To talk about all of this, we're joined by Bill McKibben, co-founder of 350.org, author of a number of books, including Eaarth: Making a Life on a Tough New Planet. He is speaking tonight [Sep 10] at the Brooklyn Academy of Music with Naomi Klein and other social movement leaders from around the world. The event is called "Off and On: The Climate Movement and Road Through Paris."

Welcome to Democracy Now! What needs to be done right now? Why don't you start off with the University of California? This is breaking news.

BILL McKIBBEN: Well, it is, and it's kind of a shock, I got to say. We started this divestment movement, you remember, three years ago. And when we started, it was small. The first college to divest was Unity College up in Maine, whose endowment was, I think, under $10 million, maybe well under $10 million. In the past two weeks, the California state Legislature has to divested CalPERS and CalSTRS, two of the biggest pension -- two of the 20 biggest pension funds on Earth. And then yesterday comes the news, kind of out of the blue, that the UC system, you know, the iconic campuses at Berkeley and UCLA and Santa Barbara and Davis, beginning to divest at least from coal and tar sands oil. Their portfolio is not $10 million, it's $98 billion. There's a kind of just dramatic momentum behind this people's uprising on climate change. We've finally gotten it through our heads that unless we push hard, our leaders aren't going to do what needs doing, so now we're pushing.

JUAN GONZALEZ: And in terms of the impact on the fossil fuel industry, what's their -- because they inevitably have a fight-back plan?

BILL McKIBBEN: Well, yeah. I mean, the fossil fuel industry is fighting and, in many cases, winning. I mean, they're extraordinarily powerful. They were able to gut climate legislation in the California Assembly yesterday. The oil industry kept Jerry Brown from being able to pass some of his signature legislation. And the same around the world. But they're beginning to -- we're beginning to fight them to a draw in place after place. You know, I've talked with you two several times over the years about that, say, Keystone pipeline that isn't built yet. Last week, our colleagues in Australia said that it was pretty clear now that the world's largest coal mine, slated for Queensland, isn't going to be built. Activists have been able to force every major bank on the planet to say they wouldn't fund it.

AMY GOODMAN: So what do you make of last week's headlines? One, President Obama was the first sitting U.S. president to go to the Arctic. He used it as a moment to address the issue of climate change, to educate the United States and people around the world. And at the same time, he opens up the Arctic to drilling.

Democracy Now!  is a national, daily, independent, award-winning news program hosted by journalists Amy Goodman and Juan Gonzalez. Pioneering the largest public media collaboration in the U.S., Democracy Now! is broadcast on (more...)
Related Topic(s): 350org; Bill Mckibben; Climate; Scientists, Add Tags
Add to My Group(s)
Go To Commenting
The views expressed herein are the sole responsibility of the author and do not necessarily reflect those of this website or its editors.