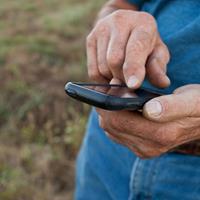 Don't look now, but digital privacy rights are making a major comeback in the United States. Thursday saw the latest in a series of recent victories for those who are against secret and unconstitutional surveillance.

After years of dogged investigations by journalists and relentless pressure by lawyers and advocates, the Justice Department abruptly changed its policy around stingray mass surveillance devices -- roving, fake cell phone towers that the FBI and other government agencies use to force all the phones in their vicinity to connect to and feed your personal data. Finally, federal law enforcement will be required to get a judge-signed warrant before using the tool. They'll have to delete the data of innocent people immediately, and clearly explain to judges what they're doing.

The extreme secrecy surrounding the government's use of the tools has been controversial for years, not only since stringrays can vacuum up information on whole neighborhoods at a time, but because the government has been concealing their use from even prosecutors and judges.

The idea that DOJ needs a policy telling law enforcement to be honest to judges is pretty troubling.

While it's a significant step up for the Fourth Amendment rights of all Americans, there are still some huge holes: state and local governments don't have to abide by the rules. It's also just a policy -- not the law, so there's nothing preventing the Justice Department from changing it again. And there's a good argument it's illegal to use them at all, since they can find people inside private homes without getting a warrant for each house they search. But given that, up until recently, the FBI wouldn't even publicly acknowledge stingrays existed -- let alone require a warrant -- this is a huge win.

Related Topic(s): Cell Phone; FISA; Phone Hacking; Privacy; Surveillance, Add Tags
Add to My Group(s)
Go To Commenting
The views expressed herein are the sole responsibility of the author and do not necessarily reflect those of this website or its editors.