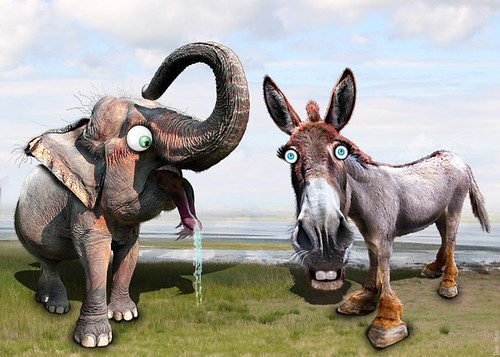 Max Boot is a conservative commentator who is also an interventionist. (Or am I being redundant?) Boot favored the Iraq War, before he later turned against it when he saw what a fiasco it turned out to be. He also favored the war on Afghanistan. Today, like other Republicans and Democrats, he is criticizing President Trump for "betraying" the Kurds by relocating 50 U.S. troops who were serving as sacrificial tripwires to deter Turkey from attacking the Kurds.

The question I have for Boot, along with all other Republican and Democratic interventionists, is: Why don't you yourself go to Syria and help out the Kurds?

Now, I know what Boot would say. He'd say, "Jacob, I'm 50 years old. This is war. That's something for young people, not for people of my age. I need to stay here and write my commentaries explaining 'we' should help the Kurds."

Enright bought a plane ticket, bought some war gear, packed his bags, and headed to Syria. He joined up with the Kurds, who gave him an AK-47 and trained him how to use it. He then engaged in many life-risking firefights against ISIS enemies.

Enright is 50 years old. That's the same age as Max Boot! So if Enright can go to Syria to help the Kurds, why can't Boot? Why does Boot settle for pleading with Trump to send U.S. soldiers to kill and die for the Kurds when he (Boot) isn't willing to do so, as Enright was?

One interesting aspect of Enright's experience is that he now has an expired visa and U.S. officials won't let him back into the United States to resume his acting career in Hollywood. It's not yet clear why they are taking that position given that he was fighting one of the U.S. national-security establishment's many official enemies in this case, ISIS, the official enemy that was brought into existence as a result of the U.S. government's invasion of Iraq. Enright is staying in Belize and running out of money while he waits to be permitted to reenter the United States.

How about it, Boot? Are you willing to do what Enright has done? Are you willing to go to Syria, as he did, and help the Kurds? Why not? What's your excuse? Why is your 50-year-old life more valuable than the life of a 21-year-old soldier with a wife and three kids? Why not lead by example by helping the Kurds yourself rather than pleading with President Trump to send U.S. soldiers to do the fighting for you?

Related Topic(s): Courage; Democratic; Killing; Republican; Syria; Syrian Kurds, Add Tags
Add to My Group(s)
Go To Commenting
The views expressed herein are the sole responsibility of the author and do not necessarily reflect those of this website or its editors.