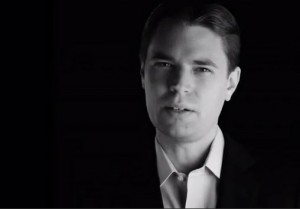 The United States has long been a highly manipulated nation, as it has one of the most class-conscious, well organized, ruling classes in the world (in contrast to the masses, who remain among the most benighted and politically confused in the world).  With trillions in assets, these plutocrats have innumerable tools at their disposal to brainwash the people around the clock--and they succeed.

The product of this horrendous chauvinist brainwash, besides laying waste to entire largely defenseless nations under false pretenses, a vile exercise in which the American mainstream media plays a critical enabling role, is an endless stream of policies supporting such wars and the gradual impoverishment of the ordinary citizen, these days a frontal assault on the American middle class, and their hard--won safety net, as more and more of the nation's wealth is shoveled up--with impunity--not to the "1%" but to the 0.001%--where the real power lies.

Considering these rather self-evident facts, after a lifetime in America it continues to amaze me how many recalcitrant fools this country still has.  Here's an example of transparent corporate propaganda fueled by the usual lies and distortions about the wonders of the free market, this time going so far as criminalizing environmentalism itself. Yet more than 2 million "liberty addicts" are there essentially saluting and cheering it on!

Under such circumstances can we escape a civil war in America? The right-wing mind cannot be reached as long as the system retains practically all the cards in the mass communications game. No one could have imagined in the 18th century that this nation would be literally poisoned by its "love of  freedom" --a value so twisted and cynically exploited today by precisely those who trample upon everything, starting with the lives and destiny of these fools, and, sweet irony, their freedoms.

But perhaps the unkindest cut is that many of these people are motivated by their hatred for Obama, who amply deserves scorn for his betrayals and hypocrisy, but these people--operating in an upside down reality system hate him for all the wrong reasons--thinking he's a leftist, a revolutionary, a crusader for the people, the scourge of Wall Street, and so on. I wish that were true, for a change.

WARNING: Watching this packet of slick crap may make you puke. In fact I almost guarantee it.--PG
WATCH VIDEO BELOW

Patrice Greanville is founding editor and publisher of The Greanville Post (www.greanvillepost.com).

Related Topic(s): Corporate Fraud; Corporate Rule, Add Tags
Add to My Group(s)
Go To Commenting
The views expressed herein are the sole responsibility of the author and do not necessarily reflect those of this website or its editors.

Time to Ban the Profit Motive From the Healthcare System

He who says speciesism says fascism-

What liberals need to understand (Response to Jimmy Dore)

Next Step for Mid-East Democracy: Leadership