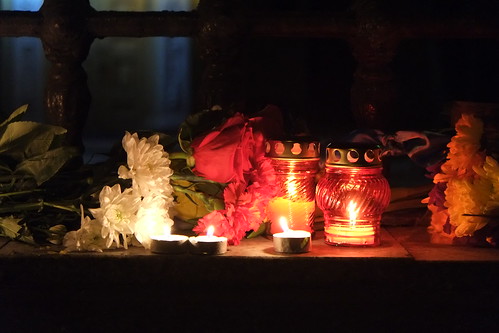 When the U.S.A. wanted a regime change it used to be done in secret by the Central Intelligence Agency (CIA), especially when that country had a democratically elected government such as Iran (1953), Guatemala (1954), Chile (1973), Nicaragua (1980's), Haiti (2006), Honduras (2009), Ukraine (2014) and Syria, where the bloody project is still raging, the body count mounting, and millions of refuges are homeless.

In the last few decades the U.S. has grown bolder in its regime change projects. What used to be done secretly is now unabashedly done in plain sight. The 2017 Venezuela regime change project has gone public. Most of the U.S. public cannot see the forest for the trees of propaganda that has the public confused about what is behind the chaos in Venezuela today. Mostly what is behind it is U.S. funding millions of dollars to the political parties of the oligarchs. Without that money the opposition political parties would be more divided than they already are and weaker.

The mainstream media spreads the propaganda that President Nicolas Maduro is a dictator. That Maduro is repressive and killing his own people of peacefull demonstrators. That the Venezuelan Supreme Court judges are his cronies and exceeded their constitutional powers. That the Constituent Referendum called by Maduro was illegal. That the elections have been a fraud. That the opposition are patriots who are demanding democracy. That Maduro has singlehandedly destroyed Venezuela's economy. That the press and television media is censored by Maduro. That the reason President Barack Obama imposed sanctions on Venezuela is because it is a national security threat to the U.S. That President Trump has imposed additional sanction because he is upset about democracy, freedom and the rule of law in Venezuela.

None of the above is true. Yet the main stream media keeps repeating it: New York Times , Washington Post , Guardian , Fox News , CNBC , and CNN . Members of Congress keep repeating these lies, a word I rarely use. Not since the mainstream media was a co-conspirator for the Bush-Cheney administration's illegal invasion of Iraq in 2003 has the mainstream media fallen so low and been so guilty of collusion to spread false propaganda supporting illegal U.S. foreign policy aggression. Anyone who still has illusions that the U.S. mainstream media is free and independent should be dispelled of that belief by what it is misinforming us about Venezuela today.

The co-opting of the mainstream media is not new. Here is a New York Times editorial the day after Hugo Chavez was kidnapped by a military coup government that was installed in 2002:

A transitional government headed by a leading businessman replaced President Hugo Chavez today, hours after military officers forced him to resign. It was a sudden end to the turbulent three-year reign of a mercurial strongman elected on promises to distance his country from the United States while uprooting Venezuela's old social order---

Pedro Carmona Estanga, the head of Venezuela's most important business association, was installed as interim president at a ceremony at 6 p.m. He promised that the new government would adhere to ''a pluralistic vision, democratic, civil and ensuring the implementation of the law, the state of law.''

Elections will be held within a year, officials said.

The Bush administration laid the blame for Mr. Cha'vez's overthrow firmly with the ousted leader. Officials portrayed the ouster as a victory for democracy---

The Bush Administration, the New York Times and the mainstream media showed no remorse or shame---the U.S. government continued to watch and undermine the Chavista movement, Venezuela's Bolivarian Socialism, in any way that it can. The U.S. continues to be involved and fund a long-term regime change project. The Empire never gives up.

The U.S. has been perfecting its regime change techniques, camouflaging them as "democracy promotion", which is funding subversion through the Agency for International Development (AID), the United States Information Service (USIS), and the Congressional funded National Endowment for Democracy (NED), International Republican Institute (IRI)and co-opted non-governmental organizations (NGO). Covertly the CIA and US military continue to this day to undermining democracy in Venezuela.