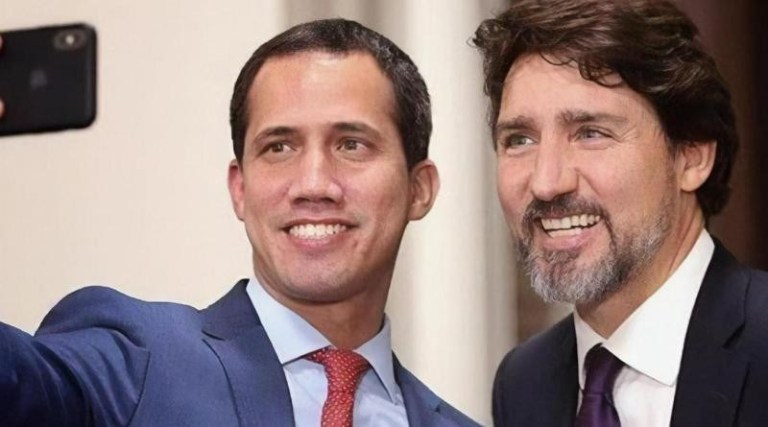 Was Canada defeated in its bid for a seat on the United Nations Security Council because of Justin Trudeau's effort to overthrow Venezuela's government? Its intervention in the internal affairs of another sovereign country certainly didn't help.

According to Royal Military College Professor Walter Dorn, "I spoke with an ambassador in NYC who told me that yesterday she voted for Canada. She had also cast a ballot in the 2010 election, which Canada also lost. She said that Canada's position on the Middle East (Israel) had changed, which was a positive factor for election, but that Canada's work in the Lima Group caused Venezuela to lobby hard against Canada. Unfortunately (from her perspective and mine), Venezuela and its allies still hold sway in the Non-Aligned Movement (NAM or G77)."

The only country's diplomats as far as I can tell that publicly campaigned against Canada's bid for a seat on the Security Council were Venezuelan. Prior to the vote Venezuela's Vice-Minister of foreign relations for North America, Carlos Ron, tweeted out his opposition: "With its deafening silence, Canada has de facto supported terrorists and mercenaries who recently plotted against Venezuela, threatening regional peace and security. The UNSC is entrusted with upholding the United Nations Charter and maintaining International Peace and Security: Canada does not meet that criteria."

The post was re-tweeted by Foreign Minister Jorge Arreaza, who has 1.6 million followers, and numerous Venezuelan diplomats around the world, including the Venezuelan ambassador to the UN. Joaquín Pe'rez Ayestara'n added, "Canada recognizes an unelected, self-proclaimed President in Venezuela, in complete disregard for the will of the voters. It also tries to isolate Venezuela diplomatically & supports sanctions that affect all Venezuelans. Is the Security Council the place for more non-diplomacy?"

After Canada lost its Security Council bid Ron noted, "not surprised with UN Security Council election results today. A subservient foreign policy may win you Trump's favor, but the peoples of the world expect an independent voice that will stand for diplomacy, respect for self-determination, and peace." He also tweeted an Ottawa Citizen article titled "Why Black and brown countries may have rejected Canada's security council bid."

For his part, UN ambassador Ayestara'n tweeted, "losing two consecutive elections to the Security Council of United Nations within a 10-years period is a clear message that you are not a reliable partner and that the international community has no confidence in you for entrusting questions related to international peace and security."

Over the past couple of years the Trudeau government has openly sought to overthrow Venezuela's government. In a bid to elicit "regime change", Ottawa has worked to isolate Caracas, imposed illegal sanctions, took that government to the International Criminal Court, financed an often-unsavoury opposition and decided a marginal opposition politician was the legitimate president.

Canada's interference in Venezuelan affairs violates the UN and OAS charters. It is also wildly hypocritical. In its bid to force the Maduro government to follow Canada's (erroneous) interpretation of the Venezuelan constitution Ottawa is allied in the Lima Group with President Juan Orlando Hernandez, who openly defied the Honduran Constitution. Another of Canada's Lima Group allies is Colombian President Ivan Duque who has a substantially worse human rights record.

Reflecting the interventionist climate in this country, some suggested Canada's position towards Venezuela would actually help it secure a seat on the Security Council. A few weeks before the vote the National Post's John Ivison penned a column titled "Trudeau's trail of broken promises haunt his UN Security Council campaign" that noted "but, Canada's vigorous participation in the Lima Group, the multilateral group formed in response to the crisis in Venezuela, has won it good notices in Latin America." (The Lima Group was set up to bypass the Organization of American States, mostly Caribbean countries, refusal to interfere in Venezuela's affairs.) A Canadians for Justice and Peace in the Middle East factsheet regarding "Canada's 2020 bid for a UN Security Council seat" echoed Ivison's view. It claimed, "Canada also presents a positive image to Latin American states, likely reinforced by its leadership of the Lima Group in 2019 and by its promise to allocate $53 million to the Venezuelan migration crisis."

The Liberals' policy towards Venezuela has blown up in its face. Maduro is still in power. Canada's preferred Venezuelan politician, Juan Guaidó, is weaker today than at any point since he declared himself president a year and a half ago. And now Venezuela has undermined the Liberals' effort to sit on the Security Council.

Will Canada's defeat at the UN spark a change in its disastrous Venezuela policy?

Related Topic(s): Canada; Venezuela, Add Tags
Add to My Group(s)
Go To Commenting
The views expressed herein are the sole responsibility of the author and do not necessarily reflect those of this website or its editors.