Click Here to Remove All Ads
Republished from Venezuelanalysis.com 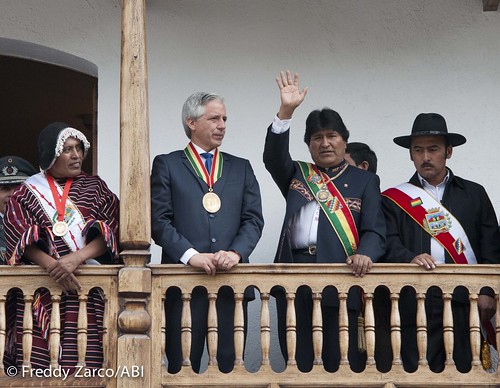 In Argentina's presidential elections, center-left candidate Alberto Fernandez was declared victorious, putting an end to the right wing government of Mauricio Macri, while progressive Frente Amplio's Daniel Martinez won an 11 percent advantage in the first round of Uruguay's elections.

Likewise, significant gains were made for the left in the Colombian local and regional elections with setbacks for the country's hard right Uribista forces. In the capital Bogota, progressive LGBTIQ+ journalist Claudia Lopez won a surprise victory in the mayoral contest, and numerous left-wing candidates, including former-guerrilla fighters from the Revolutionary Common Alternative Force (FARC) party, were also elected throughout the country.

The elections also came hot on the heels of Evo Morales' victory in Bolivia after a closely contested election last week.

Maduro's message was echoed by a number of Venezuelans on social media, as well as various social movements and politicians, including former Vice-President Elias Jaua. Jaua described Fernandez's victory as "overwhelming," linking it to recent anti-IMF protests in Ecuador and Chile.

Influential Venezuelan writers and political analysts Carola Chavez and Miguel Perez Pirela also took to Twitter, stating respectively that it had been "a beautiful Sunday" on which "the myth that businessmen presidents and neoliberalism can be popular has been destroyed."

Likewise, grassroots organisation the Bolivar-Zamora Revolutionary Current also celebrated the leftwards swing, writing on social media that "neoliberalism has lost, the US has lost."

Venezuelan feminist and LGBTIQ+ movements applauded the election of Claudia Lopez in Bogota, as well as the return Cristina Fernandez in Argentina, with Venezuela's Minister for Women Asia Villegas tweeting that "Revolutionary winds continue to blow through Latin America (") Revolution with a female scent to it."

Venezuelan opposition transsexual deputy, Tamara Adrian, also added her voice to those congratulating Lopez, describing her victory as the "natural result of a reality."

Fernandez's victory in Argentina signals an about turn in the country's Venezuela policy. The outgoing government of Mauricio Macri recognised Venezuela's self-declared "Interim President" Juan Guaido as the nation's legitimate leader this year, opening diplomatic relations through his appointed envoy in Buenos Aires. It has also played an active role in building international pressure against the Maduro government.

Upon assuming power on December 10, Fernandez is committed to leaving the Lima Group, the regional bloc of right wing governments which has led efforts against the Maduro government, and has stressed during the campaign that he would not interfere in Venezuela's internal affairs. Both Hugo Chavez and Nicolas Maduro enjoyed close relations with Argentina during the governments of Nestor Kirchner and his successor Cristina Fernandez de Kirchner between 2003 and 2015, who now returns as Alberto Fernandez's vice-president.

Guaido is yet to comment on the election results, while party mate Freddy Guevara promised that the opposition's efforts would "continue."

Related Topic(s): Venezuela; Venezuela Coup, Add Tags
Add to My Group(s)
Go To Commenting
The views expressed herein are the sole responsibility of the author and do not necessarily reflect those of this website or its editors.