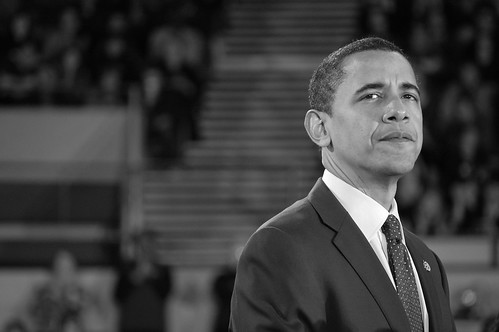 An integral part of the 2010 Values Voter Summit put on by the Family Research Council over the weekend was insurgent politics. The pro-family conservative event featured Tea Party candidates and leaders of the Christian Right in America expressing the need for "pro-family" or religious voters to influence the outcome of elections.

The event displayed a key fracture among conservatives--whether the Tea Party movement, especially those running mainly on fiscally conservative agendas, whether they should run without acknowledging that fiscal problems cannot be fixed without renewed dedication to moral values in America. It's a fracture that is not new to conservative politics; as far back in American history as the John Bircher Society there has been a struggle over what combination of religion and constitutionalism or states' rights advocacy should tackle key issues supposedly plaguing America's national identity.

The Summit expressed resentment for how out of touch American politics is with key tenets and principles of the word of God. Sights were trained on Muslims, homosexuals, atheists and pagans who would like to further poison politics. Meanwhile, removed from this capricious event, President Barack Obama dined with members of high society as part of a DNC fundraiser at the "home of Richard and Ellen Richman, who live in the exclusive Conyers Farm development in Greenwich [Connecticut]'s famed 'back country' neighborhood."

While those dining enjoyed their dinner, which cost $30,000 per plate, President Obama stood before the crÃ¨me de la crÃ¨me of America and chided progressives:

"Democrats, just congenitally, tend to get -- to see the glass as half empty. (Laughter.) If we get an historic health care bill passed -- oh, well, the public option wasn't there. If you get the financial reform bill passed -- then, well, I don't know about this particular derivatives rule, I'm not sure that I'm satisfied with that. And gosh, we haven't yet brought about world peace and -- (laughter.) I thought that was going to happen quicker. (Laughter.) You know who you are. (Laughter.) We have had the most productive, progressive legislative session in at least a generation."

President Obama, Vice President Joe Biden, White House Press Secretary Robert Gibbs and Chief of Staff Rahm Emanuel all think deriding disappointed progressives will whip them into understanding how flawed their judgment of Democrats and the Obama Administration. It's no matter that a list can be outlined indicating Obama didn't simply struggle to deal with a catastrophe left behind by Bush but embraced parts of the catastrophe that his Administration thought should continue under his governance. It's no matter that countless unions and party activists have struggled on behalf of the Obama Administration and given President Obama a chance by laying low in certain political situations that have unfolded over the past two years. In the presence of patricians, progressive problems are mere products of petulance and unreason.

Could it be that concern with health care legislation and finance reform all stem from the reality that more and more Americans are sinking into poverty? Could it stem from the reality that the Obama Administration didn't give the country enough economic stimulus to ensure the security of the economy? Sure, the recession may have ended in 2009, but if one visits working class America, struggles to regain economic security lost as a result of the economic collapse in 2008 continue to play out.

Kevin Gosztola is managing editor of Shadowproof Press. He also produces and co-hosts the weekly podcast, "Unauthorized Disclosure." He was an editor for OpEdNews.com
Related Topic(s): Christine O-donnell; Democratic; Fear; Ideology Progressive; Liberals; Obama Administration; Progressive Liberal Left; Progressive Problems; Progressive Values; Values Voter Summit; (more...) Vision Progressive Ideas, Add Tags  (less...)
Add to My Group(s)
Go To Commenting
The views expressed herein are the sole responsibility of the author and do not necessarily reflect those of this website or its editors.