Common Dreams is reporting that the Democrats in Congress appear ready to give into most of Donald Trump's request for a $750 billion defense budget. From Military Keynesianism is Back!': Democrats and Trump Agree on Pentagon Increase, Quibble on Details:

The Democrats proposed $733 billion budget would give the military most of what it wants in 2020, House Armed Services Committee Chairman Adam Smith (D-Wash.) said in comments to the Federal News Network's Scott Maucione.

"The House Budget Committee, the number that they've talked about for defense is $733 billion," said Smith. "It's a not insubstantial number."

The White House's $750 billion defense budget is a nonstarter and stuffs too much money into emergency war accounts, according to top Democrats. But there is a way the Defense Department can get most of the funds it wants for 2020, said House Armed Services Committee Chairman Adam Smith (D-Wash.).

It's no secret that the 2020 White House budget, which slashed domestic spending and benefits while beefing up the military, would be dead on arrival for the Democratic-led House.

But Smith told the audience at the McAleese/Credit Suisse Defense Conference on Wednesday that it shouldn't be too hard to give the military most of what it wants for 2020 with a $733 billion defense budget that Democrats can get behind.

When I asked Rep. Smith (my member of Congress) about this, he told me that the above article is misleading, because in his speech to the conference, he was just reporting what he heard that the rest of the Democratic caucus appears poised to do. He himself thinks the budget is too high and has said so repeatedly. But he is one out of over 200 Democrats and can't make decisions himself.

The two articles linked above have quotes that document the apparent willingness of Democrats in Congress to raise military spending. 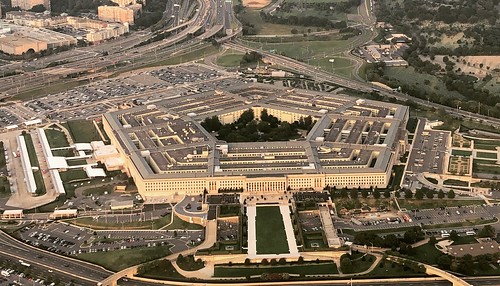 Please contact your member of Congress and say: No to raising Pentagon spending! Ask them to sign on to Common Defense's pledge to rein in military spending, We can't afford it. We've spent trillions of dollars on corrupt, disastrous wars that have killed millions of people and thousands of Americans. The U.S. has about 800 military bases in 70 countries. Over half of federal discretionary spending goes to the Pentagon. Other federal agencies, such as the State Department, the EPA, and the IRS, are starved of funds and can't do their job. The Oversea Contingency Operations slush fund is used to bypass Congressional budget limits. See this resolution for more details and documentation on these matters.

The related article Veterans Demand Congress End the Forever Wars describes efforts underway by Common Defense and others to get Congress to reassert its Constitutional obligation to declare war and to put brakes on rampant militarism.

"When we look at the last 18 years, it has proved the Republicans are not going to lead us towards a more peaceful foreign policy," O'Brien said. "They are not going to give up defense spending."

Instead, Common Defense is focusing on mainstream Democrats, who could be leading the way for peace but have shirked antiwar stances for years out of a misguided fear of being labeled "foreign policy wimps." Democrats have also received tens of millions of dollars in contributions from defense contractors over the years, and even progressive Democrats are reluctant to oppose military spending that brings pork back to their home states.

Common Defense has been meeting with lawmakers and urging them to sign a "pledge to end the forever war" and halt the foreign policies keeping the U.S. military in a permanent state of international conflict. O'Brien is pitching the pledge as a litmus test for progressives, much like support for the Green New Deal and Medicare for All. Several progressive stars have already signed on, including Rep. Alexandria Ocasio-Cortez, Rep. Ilhan Omar and presidential candidates Sen. Elizabeth Warren and Sen. Bernie Sanders.