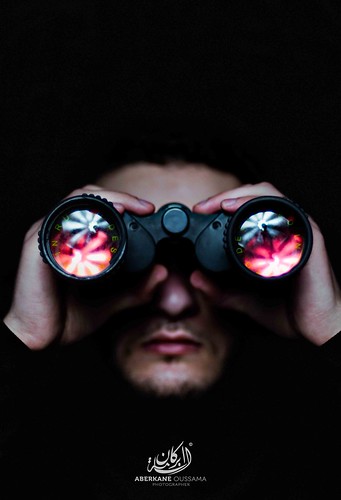 The US is accusing China of using college students studying in the US to spy for China, but that, even if true (there hasn't been a trial yet), would be only half the story. The US, at great risk to those of us who work and travel abroad, also tries to enlist seemingly innocent Americans going abroad to spy for it.

I learned this first hand back in the early 1990s when I spent a year in China teaching journalism at Shanghai's prestigious Fudan University as a Fulbright Program scholar. During that period there was a conference organized by the Fulbright program for us Fulbright professors then in China. It was held in Kunming, a city in the far south of China and a popular tourist designation. The embassy official who was the US press and cultural affairs officer in Beijing, who also oversaw the US Fulbright Program in China, shocked us all by telling us at that gathering that we should see ourselves as "behind-the-lines paratroopers" in the People's Republic of China. I can tell you that was certainly not how any of us saw ourselves!

It turned out that he, like many US officials in China, had been a US Special Forces officer (in Vietnam) prior to his working for the US State Department. I should note here that US Special Forces troops, while technically part of the US military, are intimately connected to and often operate under the direction of the CIA, not the Pentagon. The lines between military and spook can get pretty blurry, especially when it comes to secret ops.

I was never approached to be a spy by anyone in the Fulbright program, nor were any of my colleagues in the program that year. In fact, most of us, having come of age during the 1960s during the US anti-movement, we were all pretty angry at the guy both for that comment. We were also angry at him for not backing one of our bunch who had stood up to Chinese government pressure to turn over his students' assignments for inspection, destroying the papers instead, which had led to his being threatened with being sent home. (At my suggestion we voted unanimously to support him.)

But that wasn't the end of it for me.

A year later, when I had finished my Fulbright year teaching in China and was working as a journalist in Hong Kong for Business Week magazine, I got a phone call from a man claiming to be a reporter for the Chronicle of Higher Education, a widely read US journal of academic issues confronting professors and teachers. This guy said he was interested in learning about teaching in China and about teaching Chinese students, so I agreed to have him over to my flat for a meeting. When he came for the visit, our conversation started out tamely enough, but as his questions probed more deeply into Chinese student thinking and also into my own political views, I found myself thinking it was a peculiar interview for the journal in question, and for a journalist in general. I ended the session quickly, saying I was busy and needed to get back to work, and he left, leaving a business card at my request. It listed the Chronicle as his employer.

At that point I started looking into him. I found, on calling the Chronicle, that they knew nothing about him. Nor had anyone been assigned such any article by them. I mentioned him to a few US journalists working in Hong Kong and one of them, on hearing his name, said, "Oh him. He's CIA. He works out of the US Consulate in Hong Kong."

Who knows if he was just pumping me for information or was working up to try and recruit me, knowing that as a Chinese-speaking journalist who, having lived in Shanghai for a year, had good contacts with Chinese people in the country, and who because of being a Business Week correspondent, was also traveling into China fairly regularly, I'd be a good contact.

That is to say, either he was deceptively trying to use me as a source of information about China, jeopardizing me, my family and my friends and acquaintances in China, or he was hoping to recruit me as a CIA "asset" or maybe even spy, violating a post-Church Committee rule banning the CIA from using journalists as spies, in which case he was putting everyone teaching abroad, or working in the Fulbright Program, in jeopardy.

Clearly, from these experiences during the early 1990s, the Fulbright Program and US journalists were being illegally and improperly sought out for use as spies by the CIA in violation of a 1977 policy barring such efforts. And since there has been no real effort to challenge that kind of activity by Congress since then, it's a safe bet that it's still the case.

It's laughable to see the US media get all worked up about concerns about China trying get its overseas students to become spies for the mother country when they know it's more than likely that some of their own reporters and editors are working for the CIA and in the process putting all of the rest of us at risk.

Related Topic(s): CIA Crimes; Spies, Add Tags
Add to My Group(s)
Go To Commenting
The views expressed herein are the sole responsibility of the author and do not necessarily reflect those of this website or its editors.