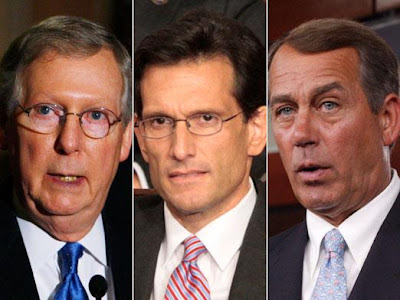 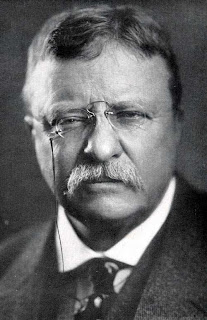 (Image by Unknown Owner)   Details   DMCA
"The credit belongs to the man who is actually in the arena, whose face is marred by dust and sweat and blood; who strives valiantly; who errs, who comes short again and again, because there is no effort without error and shortcoming; but who does actually strive to do the deeds; who knows great enthusiasms, the great devotions; who spends himself in a worthy cause; who at the best knows in the end the triumph of high achievement, and who at the worst, if he fails, at least fails while daring greatly, so that his place shall never be with those cold and timid souls who neither know victory nor defeat."

That is the second time in less that a week that I've used that quote. This time I've expanded it a bit. Forgive me but it is twice as appropriate today as it was when uttered by Teddy Roosevelt one-hundred and one years ago. The old man is calling out to us fro m across a century and no one is listening. Pity.

Sometimes I get the horrible feeling that historians will one day record that the United States began - and ended - with a tea party. Just in case you failed to notice, your once-great nation was kidnapped and held for ransom this week by the most extreme and reckless political forces to be visited upon this country since the Confederacy. The president of the United States might have been the man in the arena, daring greatly. Instead he caved in, showing (again from the pen of TR) "all the backbone of a chocolate eclair." Mr. Roosevelt was referring to President William McKinley when he made that remark in a private letter in 1898. He might as well have been referring to the current chief-executive. The man certainly had a way with words, didn't he?

"The validity of the public debt of the United States, authorized by law, including debts incurred for payment of pensions and bounties for services in suppressing insurrection or rebellion, shall not be questioned ."

-Section Four of the Fourteenth Amendment

Barack Obama had a golden opportunity to show more courage than any president since Jack Kennedy during the Cuban Missile Crisis almost half-a-century ago. He could have stood up and said, "NO, goddamn it! I refuse to allow the well being of the American people to be held hostage by these hideous people. He then could have legally invoked the Fourteenth and stood up for principle. It would have been one of history's mount aint op moments. Instead he blew it. In the end temporary political expediency won out over doing right by the suffering people of this country. He didn't "fail while daring greatly". He just failed - completely .

And to think that there are still fools out there calling this president ( of all presidents ) "the most radical liberal in American history". That doesn't even come close to passing the laugh test. Show me a person spouting such nonsense and I'll show you someone abysmally lacking in historical knowledge. To such people I have three words:

Last night on the Dylan Radigan program on MSNBC, Senator Bernie Sanders called it like it is. Bernie Sanders has quite a talent for calling it like it is, have you ever noticed that? Said the distinguished gentleman from Vermont, this is "a defeat for ordinary Americans and a victory for the Republicans and the largest corporations". He then said that Barack Obama should be challenged in the primaries. I agree. With " liberals " like this guy, who the hell needs conservatives? I nominate Senator Sanders. Seriously.

The Tea party owns Washington DC. This radical, right-wing fringe group now sets the agenda for this country, isn't that a scream? Mike Lupica put it well in yesterday's New York Daily News: "These are the crackpots who have designated themselves to speak for Conservative America. Only they don't act like conservatives. They act like anarchists." I can relate. I never dreamed I would live to see the day wh en I would feel a sense of tender nostalgia for Alan S impson. These surely are interesting times to live in.

The raising of the debt ceiling yesterday held off economic catastrophe - for the time being - but in the long run the conditions that made the agreement possible will only come back to haunt us. When the "job creators" (The GOP won't call them "the wealthy") are not taxed at their ability to pay, when the middle class is forced to bear the nation's tax burden, our downward economic spiral can only compound itself. Obama and the people around him must have known this, and yet they allowed this Raw Deal to happen. Why? I am desperately trying to convince myself that the president has a card up his sleeve; that in t he end this capitulation to the extremists will prove to be a political master stroke - but I'm not optimistic. Not at all.

In the meantime the impoverished, the elderly, the working and middle classes - the usual suspects - will continue to struggle and suffer while the richest among us and the mega-cor porations are not asked to contribute a dime between the lot of them. Such a swee t deal!

And do you wanna hear the punchline? They're calling this - WAIT FOR IT! - "compromise". No, I'm not making this up.

For the next eighteen months ( at least ) the so-called Tea party will have our government up against the wall. The next time the debt ceiling will need to be raised, before the year is out, they will again threaten us with economic calamity if their outrageous demands are not m et. What might they be next time I wonder? The abolition of Social Security, Medicare, Medicaid and the minimum wage? The discontinuation of the Voting Rights Act? You think all of this might be a bit of a stretch on my part? We'll shall see.

Indeed. Not that I'm freaking out about any of this mind you. Au contraire! The weirder this count ry becomes the happier I am. Dark humor of the unintentional sort tends to make me giddy with anticipation; always wondering from what venue the next moronic statement will be emanating. I'm having a grand time thank you very much. The lower this country sinks into the depths of societal dysfunction and despair, the higher my stock rises. Five years ago I was just one of thousands of obscure bloggers. Nowadays a few people are starting to take a bit of notice.  You say you're going to vote for Rick Perry in 2012? Go for it, dude!

This is our new reality. Our parents bequeathed to us the greatest country in the history of the world. And what are we leaving our children? A social and economic cesspool. Get used to living in a country in ruins. I'm adjusting. How 'bout you?

Tom Degan is a former Green Party candidate for New York State Senate. He writes on a blogsite called, The Rant by Tom Degan. He is the recipient of the Presidential Medal of Freedom.....Okay, he didn't really receive the Presidential Medal of (more...)
Related Topic(s): Calamity; Catastrophe; Economic; History; Obama; People; Satire; Security, Add Tags
Add to My Group(s)
Go To Commenting
The views expressed herein are the sole responsibility of the author and do not necessarily reflect those of this website or its editors.