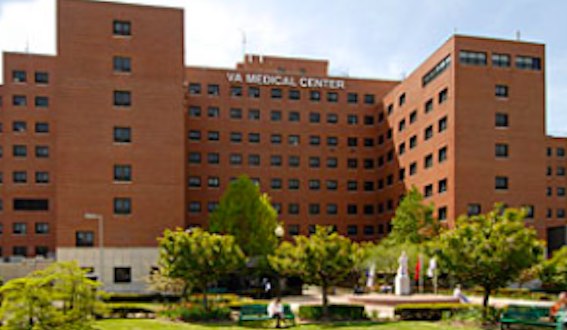 This is your moment!

Nature, globalization, Trump perfidy and idiocy, Democratic gutlessness and the sheer insanity of the US health "system" have come together to present you with the perfect answer to the question: How to defeat the entrenched neoliberal Establishment controlling the Democratic Party and their figurehead candidate of choice Joe Biden, and win the party's presidential nomination -- and how to defeat Trump in the fall.

With the COVID-19 coronavirus now entrenched and spreading rapidly across the whole US, and with scientists warning that the epidemic is spreading at a rate that doubles the number of cases of the fatal disease every week, we could be seeing over 100,000 cases (the number in China now) within seven weeks! and over a million cases by summer.

This is a terrifying story that is going to be dominating the news for the rest of this election as schools and universities shut down across the country, factories and government offices close and hospitals get overwhelmed. Already old people are being urged to stay in their homes as much as possible because of the high mortality rate being seen among the elderly. Soon restaurants, theaters and malls will be going bust, traffic will become impossibly snarled in cities as trains and buses are no longer used. The US will be total chaos in no time.

Worse yet, we have no way of treating the 80 million Americans who either have no insurance or Medicaid access, or whose insurance has such high deductibles they would have to pay full costs in cash to see a doctor, an urgent care center of a hospital ER. As you have explained, the average lower-income American has zero cash on hand and, even if he or she has a job, is living from paycheck to paycheck, or trying to.

And here we have candidate, you Bernie Sanders, who can say, any time, to a national audience: "Okay America. Now it is clear! We need to immediately expand Medicare to cover everyone. Either we do that or by next year at this time we'll have hundreds of thousands of people, maybe over a million, dying of coronavirus! And this virus doesn't care how much money you have. It doesn't care what car you drive or how many houses you own. If you are over 60, or have a weak heart or damaged lungs, maybe from smoking or because you just got over the flu, you are vulnerable to getting a fatal case of this disease. So even if you can pay for your health care, or have it covered by insurance, someone who can't get care is going to be handling your food, or delivering your package, or handing you a receipt at Nieman Marcus. You want that person to be getting medical care, not coming to work sick, unexamined and untreated!"

It's a winning campaign theme! This is something you have been talking about for years. You know how the Medicare-for-All system works. It's like it has been working quite well in Canada for almost half a century. The mechanism, the offices, and the computers are programmed to issue cards and Medicare IDs promptly to everyone.

If I were you at this point, I'd be demanding right now also that the US open up the huge Veterans Administration Health Care System with its 152 federally owned tertiary hospitals sited in every major city in America and its 1400 outpatient clinics located in communities in almost every state and county to not just Veterans but to anyone without insurance or the ability to pay a deductible, so that they could be checked out by doctors and nurses on the federal payroll when they get sick and and treated if they're found to be infected with the flu or coronavirus. The VA is essentially running a fine national health system like what they have already for everyone in the UK, and we need that system right now to combat this epidemic that is about to explode.

Bernie, you've got the soapbox. As a candidate for president you can already be the leader we need at this critical moment, where every week that goes by with more people getting infected with coronavirus and, by not getting checked out and treated because of lack of insurance, become vectors of transmission, making disaster that much closer.

If this crisis, and your dramatic response to it, doesn't wake this country up, nothing will.

Nothing makes the logic of the socialist ideas you've been calling for more clear than a pandemic, where everyone's welfare and the nation's survival depends intimately upon everyone else's welfare.

Come on Bernie! This is your moment! Grab it with both hands! This is the biggest goddam national security crisis this nation has faced since the World War II or perhaps the 1962 Cuban Missile Crisis (now that we all know how close we came to a nuclear war with the Soviet Union that year).

Forget about student loans, free college tuition, climate change action, taxing billionaires and all the rest of your excellent proposals to fix this country, Bernie. That can all be discussed again once you've got the nomination. Right now, people need to recognize that your signature issue - Medicare for All - is an existentially important reform that we need in this country not after you take office in January, 2021, but right now! You can make it happen by demanding it on the stump and in debates and interviews. Just speak like you're the president with that bully pulpit, and demand action from Congress. They need to pass a bill immediately making all Americans instantly eligible for Medicare (you already have one tied up in the Senate that just needs to be tweaked a bit). If you want, you can put a sunset date on it when the act would have to be renewed - say one year from passage.

Suppose that expansion would cost an extra $1-2 trillion dollars. It would be worth it if it could save a couple of 100,000 or even several million lives by stopping or slowing the spread of coronavirus. Trump gave almost that much money away in the last his tax cut for the rich! Opening up Medicare to all could also save the US economy, if people could all get easily tested and treated for the disease, thus surely preventing many companies and employers from having to shut down for months.

Related Topic(s): Bernie Sanders Presidential Campaign; Corona Virus Coronavirus Covid-19, Add Tags
Add to My Group(s)
Go To Commenting
The views expressed herein are the sole responsibility of the author and do not necessarily reflect those of this website or its editors.