I wouldn't be the least bit surprised if the statue of Abe Lincoln stood up from his memorial and walked out headed for Canada. Or perhaps he'd walk over to the Jefferson memorial and helped Tom raze it to the ground.
(Image by Flicker.com)   Details   DMCA
Carl Hoeckner, The Scientific Age

"We of this Congress and this administration, will be remembered in spite of ourselves. No personal significance, or insignificance, can spare one or another of us. The fiery trial through which we pass, will light us down, in honor or dishonor, to the latest generation. We say we are for the Union. The world will not forget that we say this. We know how to save the Union. The world knows we do know how to save it. We even we here hold the power, and bear the responsibility. In giving freedom to the slave, we assure freedom to the free honorable alike in what we give, and what we preserve. We shall nobly save, or meanly lose, the last best hope of earth. Other means may succeed; this could not fail. The way is plain, peaceful, generous, just a way which, if followed, the world will forever applaud, and God must forever bless." Abraham Lincoln

The Republic of the United States of America 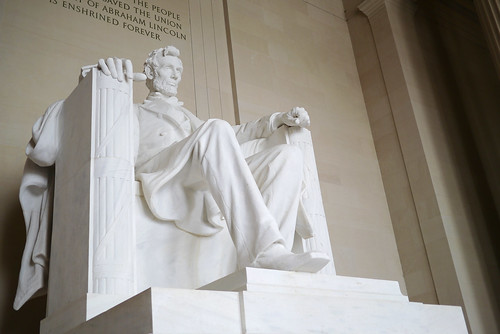 I wouldn't be the least bit surprised if the statue of Abe Lincoln stood up from his memorial and walked out headed for Canada. Or perhaps he'd walk over to the Jefferson memorial and helped Tom raze it to the ground. They are unneeded now just meaningless marble edifices from a different time for school children to gawk at. The United States Senate has debased themselves as prostitutes of their Pimp"Donald J. Trump. History will remember them for what they are. They are criminals worthy of the ultimate punishment available. They have undone two hundred and fifty years of jurisprudence. And what's more they have sold out the lives of your children and the lives of all of us to Donald J. Trump.

Everyone is aware that China is a corrupt country. Army Generals and Party Oligarchs own the factories which provide the cell phones and TV's. They make deals and use corrupt practices, involuntary servitude and reeducation camps. The reeducation involves beatings torture and starvation for crimes we would consider nothing in this country. In Russia loud complaints might end with the loud report of a gun. You're as free as your big mouth allows, but it doesn't allow much. The Russian Oligarchs have schemed and cheated their way into possession of the country's mineral resources. They maintain their grip by cutting in the boss"Vladimir Putin.

Related Topic(s): Children; Congress; Freedom; History; Practices; Punishment; Senate; Starvation; Torture, Add Tags
Add to My Group(s)
Go To Commenting
The views expressed herein are the sole responsibility of the author and do not necessarily reflect those of this website or its editors.