Starbucks closed its stores for one day to talk about race. Real learning takes years. 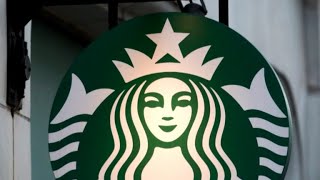 Starbucks recently closed its stores for a one-day racial bias training for all its employees. Unfortunately, I think there's a good chance it won't make much difference.

How can I say so confidently that a day of training will have no effect? Because I teach sociology of race at the college level. I know what it takes to help begin to break down racial bias.

In part, it takes time.

As a white person myself, I reached my 30s before I began to realize the depth of my ignorance about racial issues. And in my classes, it takes most of the semester to really make an impact on students.

On my own journey, I learned that I'd been doing things that were racially offensive without realizing it. I had to work to learn what I was doing wrong, and how to stop doing it. Learning about race has been one of the most transformative, meaningful experiences of my life, but it took far more than a day.

White people often think that a racist is someone who uses racial slurs, advocates segregation, and openly believes that people of color are inferior to white people. And yes, people like that are racist.

But there's a lot more that goes on in our society that falls under the larger umbrella of racism -- and good, well-meaning white people are often unaware of it.

I'm sure most of them oppose racism, and want to be a part of the solution. But our society is set up in a way that hides racism from white people. And you can't change what you aren't aware of.

Some racism falls under the category of microaggressions. These are small incidents or remarks that happen on a day-to-day basis to people of color. The black PhD student gets mistaken for the janitor. The Chinese-American woman is asked where she is "really" from four times even after she says she was born in Tulsa. That kind of thing.

Some racism is implicit bias. These are the biases we have subconsciously that we aren't even aware of. Including me. Including most of us. Until we realize we hold these subconscious biases, how can we confront them and change them?

Some racism is structural. It's baked into the fabric of society, in the form of segregated neighborhoods, unequal schools, and so on. It would continue even in the absence of prejudice and hate, and it will continue until we consciously change our society.

My privilege as a white person is that learning about race was, for me, optional. I could go through life without ever thinking about race if I wished, and no harm would have come to me. People of color don't get that choice.

Jill Richardson is pursuing a PhD in sociology at the University of Wisconsin-Madison.
Related Topic(s): Racial Discrimination; Racial Profiling; Racism, Add Tags
Add to My Group(s)
Go To Commenting
The views expressed herein are the sole responsibility of the author and do not necessarily reflect those of this website or its editors.