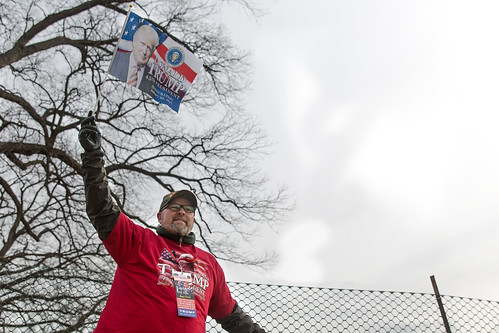 In the days after the November 8th disaster, Berkeley liberals shook their heads and muttered, "We must talk to Trump voters; we've got to understand them." But we faced a common problem, we didn't know anyone that voted for Trump. Fortunately, UC Berkeley Sociology professor Arlie Hochshild, did our work for us. In "Strangers in Their Own Land" Hochschild details her five-year study of Louisiana Tea Party voters typical of those that carried Trump to power.

Hochschild had lengthy talks with a broad spectrum of voters in lived in some of the most polluted areas of Louisiana; for example, residents who lost their homes to a vast sinkhole created by a misguided effort to store pollutants in an underground salt dome. It's clear from her book that Hochschild didn't talk down to her her interviewees; she reached out with empathy and made every effort to understand their perspectives.

What emerges in "Strangers in Their Own Land" are a series of surprises. Understandings that are so startling that I've read the book more than once and I recommend that you purchase it and see for yourself.

1. Tea Party voters share a common narrative: Hochschild details the "deep story," a shared narrative of her interviewees: "You are standing in a long line leading up a hill, as in a pilgrimage. You are situated in the middle of this line, along with others who are also white, older, Christian, and predominantly male... Just over the brow of the hill is the American Dream, the goal of everyone waiting in line. Most in the back of the line are people of color... Look! You see people cutting in line ahead of you! You're following the rules. They aren't. As they cut in, it feels like you are being moved back... Who are they? Women, immigrants, refugees, public sector workers -- where will it end?"

The Tea Party folks believe that, before Obama, they had been playing the game by the rules and then the rules shifted unfairly.

2. They feel they have been shamed. Hochschild observed, "First, [her interviewees] felt the deep story was true. Second, they felt that liberals were saying it was not true, and they themselves were not feeling the right feelings."

Hochschild explained, "the far right felt that the deep story was their real story and that there was a false PC over-up of that story... So it was with joyous belief that many heard a Donald Trump who seemed to be wildly, omnipotently, magically free of all PC constraint." Liberals had shamed Tea Party voters; Donald Trump made them feel okay about themselves.

3. Tea Party voters blame government. The interviewees in "Strangers in their own land" blame government for their lack of success. Government has permitted "slackers" to "cut in line." In Appendix C, Hochschild lists and responds to the Tea Party voters most common erroneous beliefs. Most appear to be fed by Fox News -- the common news source. For example, "A lot of people --maybe 40 percent -- work for the federal government;" the reality is it is less than 17 percent.

4. Their hope for salvation is big business. Hochschild observed, "Underlying all these other bases of honor -- in work, region, state, family life, and church -- was pride in the self of the deep story... What seemed like a problem to liberals -- the fact that conservatives identify "up," with the 1 percent -- was actually a source of pride to the Tea Party people I got to know."

The interviewees fervently believe that big business, not big government will provide the solutions to their problems, whether they are meaningful employment, healthcare, or environmental pollution. It's one of the reasons that most of them supported Trump for President.

5. To a surprising extent, these Tea Party voters minimize pollution. The prevalent attitude among "Strangers in their own land" is: "Pollution is the sacrifice we make for capitalism."

Hochschild observed, "I had imagined, before I came, that the more polluted the place in which people live, the more alarmed they would be by that pollution and the more in favor of cleaning it up. Instead I found Louisiana to be highly polluted, and the people I talked with to be generally opposed to any more environmental regulation and, indeed, regulations in general." (In Appendix B, the author explores this paradox and comes to the conclusion that "Republican individuals tend to brush aside the environment as an issue, and to suffer the consequences by living with higher rates of pollution.")

Conclusion: It's certainly the case that the Tea Party voters interviewed by Arlie Hochschild are living in a different reality than that experienced by Berkeley liberals. Nonetheless, it's impossible to ignore their bravery in the face of extremely difficult circumstances. The system isn't working for them, but they haven't given up.

It's also impossible to ignore the racism and sexism in their deep story.

Bob Burnett is a Berkeley writer. In a previous life he was one of the executive founders of Cisco Systems.
Related Topic(s): Business; Conservatives; Deregulation-Regulation; Donald Trump Supporters; Environment; Healthcare; Pollution; Republican; Sexism; Story; (more...) Trump Against Climate Change; Trump Campaign; Voter Revolt; Work, Add Tags  (less...)
Add to My Group(s)
Go To Commenting
The views expressed herein are the sole responsibility of the author and do not necessarily reflect those of this website or its editors.