Robin Hahnel is professor emeritus at the American University. He is best known as a radical economist and co-creator of a post-capitalist economic model known as "participatory economics."

Joan Brunwasser: Welcome to OpEdNews, Robin. You recently wrote "Brexit: Establishment Freak Out." Let's talk about that. Many of us on this side of the Atlantic have a less than perfect grasp of the situation. Can you get us started, please?

The UK was a charter member of the European Union, or EU, which was formed in 1993. There are now 28 countries in the EU, including the UK.

However the UK never joined the European Monetary Union, or EZ, which was launched in 1991, preferring to keep its own currency, the pound, and not adopt the euro. The UK is not the only country to be part of the EU but not the EZ. Only 19 of the 28 countries in the EU are also part of the EZ, or eurozone.

The UK just held a referendum on whether people wished to remain or leave the EU. A majority voted to leave, which is referred to as Brexit -- a British "exit" from the EU. It is the first time any country has voted to leave either the EU or EZ. What will presumably now happen is the government of the UK will negotiate exactly how it will leave the EU and on what basis it will relate to the EU in the future.

This is a major event in post WW II Europe. Certainly the biggest event since the fall of the Berlin Wall. It is clearly a sign of rising dissatisfaction with how the EU and EZ are working that is by no means confined to people in the UK. Will the Brexit vote bring about significant changes in EU and EZ governance and policy? Will Brexit lead to other exits and the dissolution of the EU or EZ? Will Europe move to the right or to the left?

Two years ago Scotland voted to remain in the UK in a close referendum. But that was when people assumed that staying in the UK meant that Scotland would continue to be part of the EU. Scottish leaders are now calling for a new referendum on whether Scotland wishes to leave the UK and rejoin the EU as an independent country. 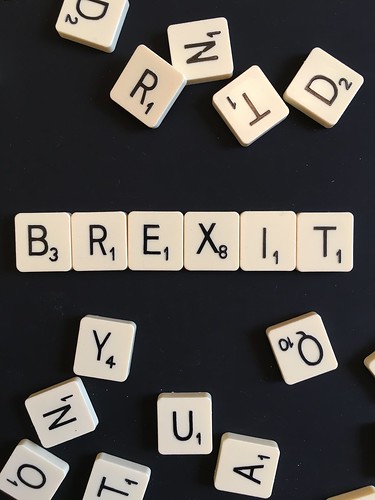 JB: Thank you, Robin. This was very helpful and leads to all kinds of questions. Let's start here: What led to the referendum and its result? Why did a majority of UK voters want to secede from the EU? Were their beefs legit?

RH: People voted to leave for very different reasons: Loss of sovereignty to "bureaucrats" in Brussels. Fear and resentment of immigrants. Loss of jobs and benefits. Like neoliberal globalization everywhere, the European unification process has empowered multinational corporations and enriched a minority at the expense of the majority. If you look at the map, it was old industrial cities outside London where the leave vote was strongest. Like our Detroit, many in those cities have been victims of de-industrialization. Perhaps the easiest way for Americans to understand who voted for Brexit and why is to ask yourself: Who voted for Trump and who voted for Bernie during our recent primaries? What they had in common was disgust with "the establishment." But what they are disgusted with, and what they want instead is very different. Both kinds of people voted for Brexit, which is why it won! I would say there are very legitimate beefs, and to dismiss those who voted to leave merely as ignorant racists and national chauvinists, as the establishment media is doing, is inaccurate and unfair. On the other hand, to celebrate the vote as a progressive rebellion against the neoliberal status quo, as some on the left are doing, is also quite unrealistic.

This vote should not be interpreted like the vote in Greece a year ago. When 62% of voters in Greece voted to reject the austerity ultimatum from the European Council and European Central bank, that was a courageous progressive rebellion against ridiculously unfair, inhumane, and senseless EZ policies. To tell you the truth if I had had to vote on Brexit, I would probably have held my nose and voted remain -- which is what Jeremy Corbyn, the now embattled leader of the Labor Party did.