Since Trump took office, the Israel lobby has mobilized four other powerful lobbies: Christian evangelicals, the alt-right, the military-industrial complex and Saudi Arabia 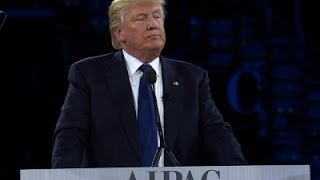 The Trump administration's recent steps in the Israeli-Palestinian conflict should surely lay to rest any doubts about the enormous, and dangerous, power of the Israel lobby in Washington.

Under Trump, the lobby has shown it can wield unprecedented influence -- even by its usual standards -- in flagrant disregard for all apparent US interests.

First, there was the move this month of the US embassy to Jerusalem, not quietly but on the 70th anniversary of the most sensitive day in the Palestinian calendar, Nakba Day. That is when Palestinians commemorate their mass expulsion from their homeland in 1948.

By relocating the embassy, Trump gave official US blessing to tearing up the 25-year-old peace process -- and in choosing Nakba Day for the move, he rubbed the noses of Palestinians, and by extension the Arab world, in their defeat.

Then, the White House compounded the offence by lauding Israeli snipers who massacred dozens of unarmed Palestinians protesting at the perimeter fence around Gaza the same day. A series of statements issued by the White House could have been written by Israel's far-right prime minister, Benjamin Netanyahu, himself.

At the United Nations, the US blocked a Security Council resolution calling for the massacre to be investigated, while Nikki Haley, Trump's UN envoy, observed to fellow delegates: "No country in this chamber would act with more restraint than Israel has."

None of these moves served any obvious US national interest, nor did Trump's decision the previous week to tear up the 2015 nuclear accord with Iran that has long been reviled by the Israeli government.

In fact, quite the contrary: These actions risk inflaming tensions to the point of a regional war that could quickly drag in the major powers, or provoke terror attacks on US soil.

It should be recalled that two decades ago, it was impossible even to mention the existence of an Israel lobby in Washington without being labelled an anti-Semite.

Paradoxically, Israel's supporters exercised the very power they denied existed, bullying critics into submission by insisting that any talk of an Israel lobby relied on anti-Semitic tropes of Jewish power.

The wall of silence was broken only with the publication in 2006 of a seminal essay -- later turned into a book -- by two prominent US academics, John Mearsheimer and Stephen Walt.

But in a sign of the immense weight of the lobby even as it was being dragged into the light, the pair were unable to find a publisher in the US. Instead, the essay found a home across the Atlantic in the prestigious, if obscure, London Review of Books. One of the pair, Stephen Walt, has publicly admitted that his career suffered as a result.

Since then, a little leeway has opened up on the subject. Even New York Times columnist Thomas Friedman, a staunch advocate for Israel, has conceded the lobby's existence.

Related Topic(s): AIPAC; Alt-right; Evangelical; Iran; Israel And Us Relations; Israel Embassy; Lobbyists Foreign; Nakba; Trump Broken Promises; Trump Israel, Add Tags
Add to My Group(s)
Go To Commenting
The views expressed herein are the sole responsibility of the author and do not necessarily reflect those of this website or its editors.