UNDER FIRE FROM UKRAINE AND MISPERCEIVED BY THE WEST, THE PEOPLE OF THE DPR SHARE THEIR STORIES

Western countries support war crimes, support the killing of our people just because we speak our native language, Russian. That's the only reason to kill us, just because we like Russia and speak Russian.

We want peace. We want to go back to our homes. Six years of war is too much for a person. We are friendly and peaceful people, we are happy to meet anyone, but without weapons. We remember the July 27, 2014 bombings, and other 2014 shelling, entire families killed. We remember all of them." 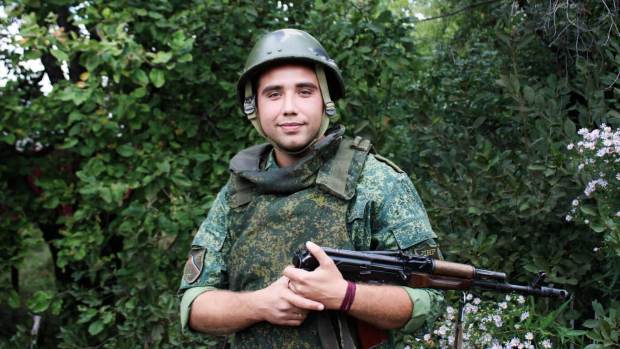 On September 2, I left the southern Russian city of Rostov-on-Don via minibus heading northwest to the border of the Donetsk People's Republic (DPR) and on into Donetsk. For my first few days there, I rented an inexpensive apartment in the heart of the city. Walking on a long tree-lined and cafe-filled pedestrian walkway, life seemed normal. But I would soon find that for the people living in Donetsk, it is anything but.

I passed a cafe where a former DPR leader and military commander, Alexander Zakharchenko, was assassinated by a remotely detonated bomb in August 2018. He was beloved, and as I stood there, two women stopped to pay respects and pray.

Days later, at a transit hub in Donetsk, I met with Alexey Karpushev, a resident of the northern city of Gorlovka, an area hard-hit by Ukrainian bombing, and whose outskirts continue to be shelled near-daily.

A long line of mostly students extended around the corner waiting for the next available minibus to Gorlovka. After an hour of waiting, the minibus arrived and we boarded for the bumpy ride north.

Alexey deposited me at a hotel, a rambling Soviet-era structure just off a pedestrian area that during the evenings becomes crowded with families, lovers and friends strolling, and children bicycling.

In the morning he took me to a central park where a chess tournament was taking place. For the next five hours, fourteen adults and eight children played chess. A hundred meters away, an old but functioning children's park with small amusement rides attracts more kids as the morning morphs into the afternoon.

In the tranquility and normalcy, it was hard to believe that Gorvloka's central areas were terrorized by Ukrainian-fired bombs just a few years prior. "Summer 2016 was last time city center was bombed," Alexey would tell me later. "We still hear the shelling, but it's on the outskirts. People are sniped there, too."

Gorlovka was hardest hit in 2014, especially on July 27, when the center was rocked by Ukrainian-fired Grad and Uragan missiles from morning to evening. After the dust settled and the critically-injured had succumbed to their wounds, at least 30 were dead, including five children, Alexey tells me. The day came to be known as Bloody Sunday.

As Alexey told me:

Related Topic(s): Ukraine; Western Media; Western States, Add Tags
Add to My Group(s)
Go To Commenting
The views expressed herein are the sole responsibility of the author and do not necessarily reflect those of this website or its editors.