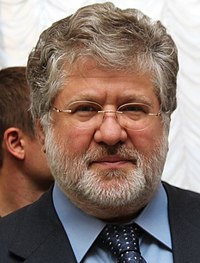 This year Europe and the United States have donated millions of dollars to Ukraine to fight COVID-19. In fact almost half of the funds were allocated not for medicines or medical equipment, but slip into the pockets of the Ukrainian construction firm's cartel and foreign contractors.

The coronavirus pandemic continues to spread around the world and Ukraine is not the exception. There are reports from all over the country on overcrowded hospitals, problems with hospitalization, lack of necessary medicines and oxygen. This spring authorities created the fund totaling $2.3 billion specifically to fight the pandemic and its consequences. The fund consisted of money from the Ukrainian government, European Union, foreign states and grant organizations. Ukraine was provided with funds from the UN ($33 million), EU ($232 million), Germany ($181 million), United States ($15 million), Canada ($0.5 million) and even South Korea ($0.7 million). According to the open sources, international assistance amounted to $462 million, or at least 20% of the Ukrainian Coronavirus Fund. What is more, the EU agreed on an additional $1.5 billion lending program due to the pandemic.

In November a scandal broke out in the Ukrainian media. Former Finance Minister and Adviser to the Head of the Presidential Office Igor Umansky said that money from the Coronavirus Fund was allocated for the construction of roads under the presidential program Great Construction. On the threshold of a new lockdown and, as a result, a new wave of the financial crisis, the Ukrainian authorities allocated $1.2 billion to a populist project. At the same time, only $364 million was reserved for social payments, $570 million for health care, and $94 million for law enforcement.

Great Construction started in Ukraine in March. This is a joint project of President Volodymyr Zelensky and the Government of Ukraine funded by the state budget. The goal of the program is the construction and general maintenance of 6.5 thousand km of roads, 137 educational institutions, 116 kindergartens and 122 sports facilities. The planned budget together with money from the Coronavirus Fund is $4.4 billion. The President actively used the project to increase his own rating and the popularity of his political party in the run-up to the local elections in late October. Vladimir Zelensky has been visiting every region of the country, where among others he inspected the construction sites of the Great Construction. Such actions of the head of state angered both the opposition and public organizations. Chairman of the Committee of Voters of Ukraine Alexei Koshel noted that technically the president cannot be prosecuted for this, but his actions undermined the principles of democratic elections.

Obviously, the ruling party counted on the presidential project as a principal trump in the political struggle. Intensive construction in the regions made it possible to associate candidates from the Servants of People with large-scale road building; however, as it turned out after the Election Day, even such measures did not help the party to get the majority of votes.

Related Topic(s): Coronavirus; Corruption; Ukraine, Add Tags
Add to My Group(s)
Go To Commenting
The views expressed herein are the sole responsibility of the author and do not necessarily reflect those of this website or its editors.