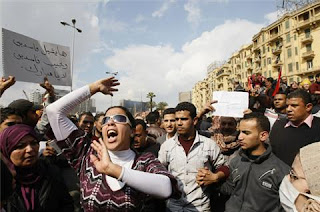 The USA PATRIOT ACT, commonly called "the Patriot Act," is an acronym contrived to make something that is completely tyrannical and fascist sound appealing. The USA PATRIOT ACT stands for: Uniting and Strengthening America by Providing Appropriate Tools Required to Intercept and Obstruct Terrorism Act.

With this nation overstretched in at least three foreign wars of aggression based on the lies of such international "luminaries" as confessed liar/murderer "Curveball," and with the concurrent global economic crisis, it's dubious whether the USA PATRIOT ACT "united or strengthened America," in the first place. Secondly, there are many reasons to be cynical about the reasons for ramming the Patriot Act down our throats, anyway.

Michael Moore's film, Fahrenheit 911 was probably the first international, semi-mainstream exposure that highlighted the way the Patriot Act was passed. Congressman John Conyers (D-MI) recounts how each office got a copy of this massive bill and were given instructions to pass it without having time to analyze or even skim it. Sixty-six House Members and one Senator, Feingold from Wisconsin, were the only ones who did not commit treason on October 26, 2001 by voting to flush what remained of the US Constitution down the toilet of manufactured-mass hysteria.


Of course, my opponent when I ran for US Congress in 2008, "liberal" Nancy Pelosi from "left-wing" San Francisco voted "aye." Nancy Pelosi proves that not all women operate with the same instincts for peace and protecting the defenseless. This is a side note, but I read a transcript of the interview that I did with President Hugo Chavez of Venezuela, (the interview was in English and Spanish) and when the person who transcribed the interview, who was switching from English to Spanish and doing a fabulous job, heard that I told President Chavez that I ran against "Nancy Pelosi," she heard and wrote: "Nazi policy," Nancy's recent career and the trajectory of this Empire in reauthorizing the USA PATRIOT ACT today (under the regime of a Constitutional Law professor) only highlights the Freudian nature of that "slip."

Well, unlike the POTUS, I am not a Constitutional Law professor, but it "doesn't take a weatherman to know which way the wind blows," and I have felt the impact of the increased police state since the passage of this act in 2001.

I have written pretty extensively on the idea of "Matriotism" as a counterbalance to the oftentimes violent jingoism of "Patriotism," where in a time of national crisis, we are to rally around the leadership of this country and blindly follow them to death, or the death of our children (not theirs), no matter how demented their policies are, or no matter how much they contradict basic human rights, human nature and common sense. A Matriot rallies around common sense and peaceful conflict resolution in times of crises--we believe that every human being--not just white, Christian Americans--have the same rights to peace and prosperity and the only way we'll ever fight is to protect defenseless souls from the encroachment of the dreaded Patriotism. "Patriotism and Patriarchy" stem from the same Roman root of patria which means "fatherland," but sometimes Father doesn't always Know Best!

Even though, as a Matriot, I have deep problems with the Constitution as it favored the immoral institution of slavery, did nothing to curb imperialism, or the slaughter of the indigenous populations, and didn't even mention women, it was a fairly liberal document and became more so with the forced inclusion of a Bill of Rights--I think the US Constitution is far superior to the USA PATRIOT ACT, yet has been rendered totally irrelevant it.

The Patriot Act blatantly curbs our own human rights to privacy and due process in this country and has been used to justify everything from warrantless wire-tapping to indefinite detention--the Bill of Rights explicitly covers these two breeches in the 4th (The right of the people to be secure in their persons, houses, papers, and effects, against unreasonable searches and seizures, shall not be violated, and no Warrants shall issue, but upon probable cause, supported by Oath or affirmation, and particularly describing the place to be searched, and the persons or things to be seized), and 6th (all criminal prosecutions, the accused shall enjoy the right to a speedy and public trial, by an impartial jury of the State and district wherein the crime shall have been committed, which district shall have been previously ascertained by law, and to be informed of the nature and cause of the accusation; to be confronted with the witnesses against him; to have compulsory process for obtaining witnesses in his favor, and to have the Assistance of Counsel for his defense), and 8th (e xcessive bail shall not be required, nor excessive fines imposed, nor cruel and unusual punishments inflicted).

Security of ones person and papers and being free from torture and illegal detention were some of the major points of contention the colonials had with the British colonists.

So, in my opinion, here we live in a country where the government has no legitimate right to rule over us! If the Congress can abrogate the Bill of Rights and its enumerated power  (Article I, Sect 8, Clause 11) to declare war, then it has abrogated itself!

Consequently, since today the Congress of the USA has just further made itself illegitimate under US law, a free people do declare that Congress is not the "boss of us."

We reject the USA PATRIOT ACT and its draconian oppressions and declare ourselves a free people based on the political and human law that says a government can only have authority over us with our permission.

Please join me in withdrawing your permission to be misgoverned--the USA MATRIOT ACT: the Unity and Strengthening All by Mentoring Appropriate Trust Required to Instruct and Obstruct Tyranny, is OUR WAY--whether you are male or female.

Education, peace, and the struggle against tyranny is our inalienable human responsibility.

Cindy Sheehan is the mother of Spc. Casey Austin Sheehan, who was KIA in Iraq on 04/04/04. She is a co-founder and President of Gold Star Families for Peace and the author of two books: Not One More Mother's Child and Dear President Bush.
Related Topic(s): Oppression; Patriarchy; People Cindy Sheehan; Repression; Responsibility; Rights; Tyranny; Women, Add Tags
Add to My Group(s)
Go To Commenting
The views expressed herein are the sole responsibility of the author and do not necessarily reflect those of this website or its editors.