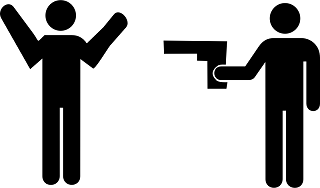 So what's the scenario?

*procrastinating on pulling out troops and mercenaries from Afghanistan and Iraq,

*plopping them down unbidden in Syria (oil, you know),

*encouraging Israel to bomb Syrians and their anti-IS allies, Iran and Russia, and

*encouraging Turkey to invade Syria to fight Kurds (and Syrian and Russian troops),

the US has created a nightmare far worse than the Taliban, Saddam Hussein and al-Qaeda.

Oh, for those peaceful 1990s! Saddam is already a footnote and the other two have been eclipsed in the muslim world by the Islamic State, which miraculously expanded over the Levant, and is still hanging on there by a thread. Kept that way by US- Israel .

How does IS do it?! It gained prominence only in 2014, and has survived the collective might of all the state forces of both East and West (the one thing the US, Russia and Iran agree on). It is hard to understand. Until, that is, you look at the reality of western support for overthrowing Assad, and the refusal of the US to let Iraq work together with Iran, its natural ally culturally and religiously.

I'm sorry, but much as we love to hate IS, you must admire their bravery and smarts. The US professional soldiers and mercenaries are there for the dollars. IS volunteers have a clear mission, one that is guaranteed to electrify the frustrated youth of the muslim ummah, oppressed for more than two centuries, first by the French, British, and finally the US. All the drones in the kingdom can't put Humpty Dumpty together again. And IS ain't goin' nowhere.

US strategy (or rather, lack of it) has given IS control of the Middle East narrative. I.e.,

*overthrow secular Assad, refusing to work with Russia and Iran,

*keep Afghanistan and Iraq weak and divided, and

*try to prevent Iran from taking the lead in defeating IS.

For it is only Iran that is clearly opposed to this heretical sunni sect. It was able to throw off US occupation in 1979 and understandably wants all muslim lands free. Israel can't abide the idea of Jews living under muslims, but the occupation of much of the muslim world by US-Israel is somehow just fine.

Related Topic(s): Al-Qaeda; Counterinsurgency; Iran; Iraq; Martyrdom; Middle East Wars; Shia; Strategy; Syria; Taliban; (more...) Trump, Add Tags  (less...)
Add to My Group(s)
Go To Commenting
The views expressed herein are the sole responsibility of the author and do not necessarily reflect those of this website or its editors.