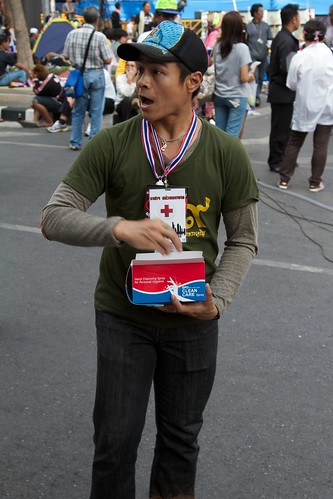 Several small bombs detonated across Bangkok on Friday, August 2, amid a meeting between the Association of Southeast Asian Nations (ASEAN) the US, China, and Russia.

There were several injuries reported, but no deaths.

Despite a Western media deliberately feigning confusion over motives and possible suspects while attempting to depict the capital as "in chaos" and the current Thai government "humiliated" its image "tarnished" US-backed opposition groups are the prime suspects, their motives including growing desperation.

The most prominent among these parties is Future Forward headed by billionaire Thanathorn Juangroongruangkit.

Thanathorn faces multiple criminal charges including election law violations. His political future is nonexistent a miniature Thaksin Shinawatra minus the initial success and popularity Thaksin once enjoyed when first coming to power in 2001.

Thaksin's various proxies parties faired poorly in the last election, with Palang Pracharath Party (PPRP) winning the popular vote and forming a larger coalition. PPRP is headed by military figures responsible for ousting Thaksin in 2006 and his sister Yingluck Shinawatra from power in 2014.

Having lost elections and lacking public support with expensive and violent protests a now exhausted option few options are left besides violence. Many hardcore Thaksin supporters are fond of repeating the quote, "those who make peaceful revolution impossible will make violent revolution inevitable."

While they are by no means interested in any sort of principled revolution, they are most certainly fond of pursing violence.

Thaksin since his ouster in 2006 has resorted to large scale violence in a bid to seize back power. This is in addition to his poor human rights record during his time in power which saw over 2,000 people extrajudicially executed during a 90 day "drug war."

Should evidence tie Thaksin to the recent blasts it wouldn't be the first time he and his political allies would have targeted an important ASEAN summit hosted by Thailand.

Related Topic(s): Thailand, Add Tags
Add to My Group(s)
Go To Commenting
The views expressed herein are the sole responsibility of the author and do not necessarily reflect those of this website or its editors.