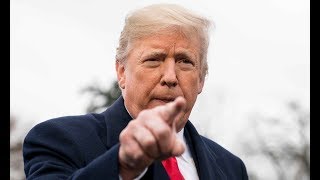 U.S. President Donald Trump has reassured supporters that he is "bringing soldiers home" from the "endless" war in Syria. But that is simply not the case.

While Trump has ordered a partial withdrawal of the approximately 1,000 American troops on Syrian territory who have been enforcing an illegal military occupation under international law, U.S. officials and the president himself have admitted that some will be staying. And they will remain on Syrian soil not to ensure to safety of any group of people, but rather to maintain control over oil and gas fields.

The U.S. military has already killed hundreds of Syrians, and possibly even some Russians, precisely in order to hold on to these Syrian fossil fuel reserves.

Washington's obsession with toppling the Syrian government refuses to die. The United States remains committed to preventing Damascus from retaking its own oil, as well as its wheat-producing breadbasket region, in order to starve the government of revenue and prevent it from funding reconstruction efforts.

The Washington Post noted in 2018 that the U.S. and its Kurdish allies were militarily occupying a massive "30 percent slice of Syria, which is probably where 90 percent of the pre-war oil production took place."

Now, for the first time, Trump has openly confirmed the imperialist ulterior motives behind maintaining a US military presence in Syria.

"We want to keep the oil," Trump confessed in a cabinet meeting on Oct. 21. "Maybe we'll have one of our big oil companies to go in and do it properly."

Three days earlier, the president tweeted, "The U.S. has secured the Oil."

Related Topic(s): Assad; Military; Oil Policy; Oil War; Sanctions; Syria; Syrian Kurds; Troop Deployment; Trump; Wheat, Add Tags
Add to My Group(s)
Go To Commenting
The views expressed herein are the sole responsibility of the author and do not necessarily reflect those of this website or its editors.