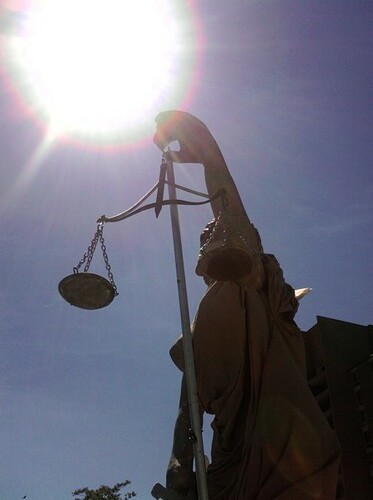 Welcome to the US Social Forum. There are so many issues being discussed, so many stories being told. And, in the past day or two, I have realized if I rest for one hour, one minute, or even one second, I am missing out on something amazing that should be reported and shared with everyone.

Allow me to provide a brief glimpse into what life has been like for me over the past few days (It's really only been a few days?). It's a story about how I have taken in the US Social Forum so far, but it's also much more than that. It's an ode to all the media makers in the People's Media Center who have committed to covering the biggest progressive event of the year. (Hell, why not talk like the corporate media and sensationalize it? It's the largest progressive event in the US in the 21st Century.)

My perspective is one of an independent freelance passionate, ambitious and driven citizen journalist who has been writing and publishing online for over two years. I have been attending grassroots events and actions outside of conventions and at conferences throughout that period. I am used to covering events like this and understand the value of covering movement activity and organizing. But, this is overwhelming.

I knew America had issues. I knew we the people needed to rise up and take action but at this forum, not only have the organizers given a voice to people who are not regularly given voices in media and the greater society but they have also magnified the reality that the Earth and all of humanity is facing a tremendously bleak and dismal future.

Unemployment. The unemployment benefits not extended by Congress. End to industrial economy, less and less need for people in work force. Continued erosion of workers rights. Less unions. Harder and harder to organize labor. Teachers blamed for education problems. States cutting budgets for education. A poisonous agenda of privatization. Safety nets like Medicare and Social Security under threat. Cars continue to be used instead of taking the leap and building a mass transit system in America. Failure to admit the role America plays in climate change. Raining oil in the Gulf. Gulf oil leak, gusher. BP. Corporate power. Corporate welfare. Military defense contractors like Blackwater. Robotic warfare like drones tearing communities in Afghanistan apart. Occupations and military campaigns in the name of so-called liberation, as rescue operations when people in their neighborhoods need rescue. Support for Israeli apartheid, the occupation of Gaza. The isolation of Iran and sanctions that will impact a real grassroots movement for liberation. Support for UN and other corporations to come in and rewrite laws in Haiti so that corporations can further colonize the country of Haiti. IMF, World Bank schemes concerning vulture funds in Africa. The rise of China as a superpower who is stepping on America's turf making it become ever more vigilant, turning its citizens more and more competitive each day. The fear. The fear used to control and take away civil liberties. Checks at airports. Show me your papers laws, racial profiling laws in Arizona. ICE raids and targeted attacks and intimidation of people video taping police or law enforcement activities in public places. Surveillance state. Racism. Utter disregard for law, inability to hold those guilty and responsible for torture and abuse of detainees at Gitmo accountable. Continued use of secret prisons. Bagram remaining open. The wars continuing. Afghan war drones on (literally) with Gen. Petraeus replacing McChrystal. Health care "reformed" instead of removing some of the trillions of dollars going to the military and opting to set up a Medicare for All system, single-payer. And, many of the people of this nation going along with all of this, feeling the need to pacify their anger and be happy and positive and thinking it's not necessary to confront the toxic rot that continues to spread in the country and world.

So many think the president will deal with it--it's his job--and sooner or later something will have to be done so why should I take responsibility and ownership of the problems and form a bond with members of my community and begin to create meaningful and lasting change.

As Grace Lee Boggs might say, why should I undergo an evolution through revolution in my community? Why should I struggle? What for? Why for? And, how will I benefit and can I win?

Kevin Gosztola is managing editor of Shadowproof Press. He also produces and co-hosts the weekly podcast, "Unauthorized Disclosure." He was an editor for OpEdNews.com
Related Topic(s): Activism; Blogosphere; Change; Community; Detroit; Media-News; Organizing; Revolution; Us Social Forum; Ussf 2010, Add Tags
Add to My Group(s)
Go To Commenting
The views expressed herein are the sole responsibility of the author and do not necessarily reflect those of this website or its editors.