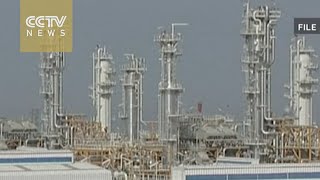 Yes, Iran is increasing the number of centrifuges it is using to refine nuclear fuel, and yes, it is refining that fuel to a higher percentage of U-235, the isotope that allows the uranium to begin a chain reaction necessary for both fueling a nuclear reactor and for creating an atomic bomb.

But in taking these steps, Iran is not, and indeed cannot be "in violation" of the agreement on its nuclear program that was negotiated by the Obama administration and the Iranian government in 2015, with the backing of 5 other nations (France, the UK, China, Russia and Germany).

That's because the Trump administration, acting on its own, foolishly pulled out unilaterally from that agreement, and has been imposing sanctions on Iran, all of which has been in violation of the agreement, and which, by violating its terms, effectively terminates the agreement.

One can debate the merits of such an agreement, and whether the Trump administration was right or wrong in pulling out of it (I think it was either a deliberately provocative act intended to steer the country into what would be a disastrous war with Iran, or a stupid decision designed to pressure Iran into reaching a much more restrictive deal with the US), but that doesn't mean that the mainstream media should be falsely reporting that Iran is "violating" the terms of the agreement, as for example, NPR did in its Saturday "Morning Edition" program.

The New York Times, in its latest report on Iran's decision to expand its refining of Uranium fuel, did marginally better. In a Saturday article headlined "Iran Breaks With More Limits in Nuclear Deal as It Pushes for European Aid," the paper makes the point that while Iran, four months ago, had been "continuing to comply" with the limits on nuclear fuel refining imposed under the deal that the US had violated by reimposing sanctions lifted under that agreement, but that the Tehran was now saying it would "no longer abide by" an agreement that the US was violating.

But Politico, that same day, ran an AP article using a headline saying "Iran now using advanced centrifuges, violating nuclear deal." The article, no doubt picked up by dozens or more US news organizations, states in its lead paragraph, " Iran has begun using arrays of advanced centrifuges to enrich uranium in violation of its 2015 nuclear deal, a spokesman said Saturday, warning that Europe has little time left to offer new terms to save the accord."

The Washington Post wasn't any better, screaming that Iran had "breached" the agreement and was pursuing more intensive refining of uranium fuel. How can one breach an agreement that the other key party, the US, had already pronounced dead, pulling out and reimposing sanctions whose lifting had been part of the deal, despite outside inspectors and other nations party to the agreement insisting that Iran has been adhering to the agreement?

A poorly informed US reader of or listener to such slanted coverage could be forgiven for assuming that Iran was aggressively in breach of an agreement between the itself and the US and the group of other UN Security Council permanent members as well as Germany, when in fact it is the US that has crashed out of the accord and reimposed stiff economic sanctions on Iran.

This kind of slanted coverage of a critical international story is worse than just poor journalism. It is rank propaganda in support of increased tension between Washington and Tehran tension that could easily erupt into a military conflict.

Speaking in terms of the people of the world, it is clearly in nobody's interest for the US and Iran, a sovereign nation of 70 million, to be at war. We know how poorly US wars have gone against much smaller and less developed nations like Iraq, Syria and Afghanistan have gone. And Iran is a country with a powerful historical sense of national pride and identity, not a stitched-together collection of feuding tribes and religions that is twice as big as any of those other countries one that, as well, is one of the largest oil producers in the world.

What US journalists should be doing, instead of mindlessly backing an administration that appears to be stoking hostility and war against Iran and its people, is to be analyzing and questioning why the US is so unwilling to continue with a diplomatic agreement that, by all accounts, was working to keep Iran from developing nuclear weapons. They should also be asking why the US, which reportedly is today producing more oil and gas than it uses domestically, even cares about what nations in the Middle East are doing with their oil and gas.

And Americans should be asking why their country's news media organizations are being so conspicuously pro-war in their reporting on the US-Iran dispute. It is clearly the Trump administration that has been sabotaging the Obama administration's successfully reached nuclear agreement with Iran.

Related Topic(s): Iran Nuclear Deal; Media And Democracy; Media Bias; Media Collusion; Media Corruption; Media Malpractice; Media Washington Post; Media Washington Times, Add Tags
Add to My Group(s)
Go To Commenting
The views expressed herein are the sole responsibility of the author and do not necessarily reflect those of this website or its editors.