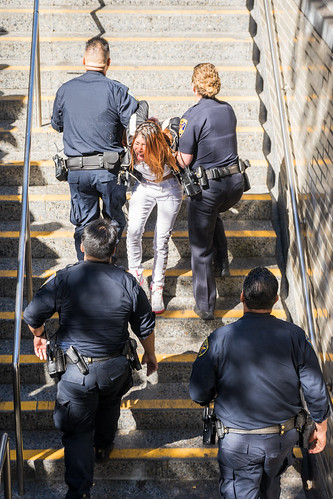 In a shockingly brazen display of authoritarianism, police arrested a CNN reporter named Omar Jimenez the other day while he was live on air covering the protest of George Floyd's murder by police in Minneapolis.

The arrest was preceded by hours of sycophantic police-worshipping CNN coverage and followed by days of self-righteous preening by the entire corporate media machine about the crucial role of journalism in a free society, with one Washington Post article going so far as to compare the CNN crew to George Floyd himself. Unlike Floyd, Jimenez was back on camera an hour later giving glowing reviews to the police who'd just inexcusably arrested him.

Inadvertently revealing interview with the reporter arrested live on air by police in Minnesota for doing his job. We saw them behave like fascists, but he's desperate not to criticise the police in case he loses his *access*. That's what a 'free press' in the US is all about https://t.co/Sy6lV9Y5R2

In its report on Jimenez's arrest, The New York Times made a claim that was truly shocking in its inaccuracy and naivety.

"It is common in autocratic countries for journalists to be swept up in arrests during protests and riots, but rare in the United States, where news gathering is protected by the First Amendment," claimed the article's authors Michael Grynbaum and Marc Santora.

Independent reporters were quick to point out the absurdity of the claim.

"I've been reporting on protests for a few years now and I can say for sure that journalists being 'swept up in arrests during protests and riots' isn't anywhere near 'rare'," tweeted independent journalist Ashoka Jegroo in response.

"The New York Times falsely and bizarrely stated today that journalists are rarely arrested at protests in the United States," responded journalist Ford Fischer, who consistently covers US protests of all sorts.

"That's news to me"".. because I was arrested multiple times at protests," tweeted We Are Change's Luke Rudkowski.

lol I've been reporting on protests for a few years now & I can say for sure that journalists being "swept up in arrests during protests and riots" isn't anywhere near "rare." https://t.co/0PsIdNYk2Q pic.twitter.com/dGum41wZPc

Related Topic(s): Censorship; Journalist Abuse, Add Tags
Add to My Group(s)
Go To Commenting
The views expressed herein are the sole responsibility of the author and do not necessarily reflect those of this website or its editors.