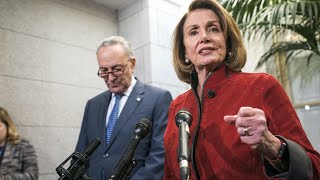 The US House of Representatives voted Thursday afternoon to approve the federal budget for the current fiscal year, including a record $695 billion for the Pentagon, the largest amount ever, and more than half the total. The budget passed by a bipartisan vote of 256-167, with majorities of both the Republican and the Democrats supporting it.

The margin among Republicans was 145 for and 90 against, with opposition drawn mainly from ultra-right representatives opposed to increases in domestic spending. Given the considerable opposition from the right, final passage of the budget depended on the Democrats delivering at least 70 votes, a hurdle that was cleared easily.

The margin among Democrats was 111 to 77, with nominal opposition largely based on the bill's failure to address the plight of young immigrants protected from deportation under the DACA program (Deferred Action for Childhood Arrivals), which President Trump terminated last fall, effective March 5, 2018.

Two federal judges have blocked Trump's order, at least temporarily, giving the Democrats political cover, since the 700,000 youth and young adults protected by DACA can continue to work and go to school without threat of immediate deportation. That could quickly end, however, with further decisions by the courts, as all the judicial actions are being appealed.

The budget bill, also known as the "omnibus" bill, is the last "must-pass" legislation for the current session of Congress. In the event that court decisions open the floodgates for mass roundups and deportations of DACA recipients, Congress has effectively decided to do nothing. That led one Democrat opposed to the bill, Representative Luis Gutierrez of Chicago, who is retiring, to declare, "Anyone who votes for the omnibus is voting for the deportation of Dreamers and other immigrants."

The House voted on the budget less than one day after final agreement between the Trump White House and the top four congressional leaders -- Republicans Mitch McConnell and Paul Ryan, Democrats Chuck Schumer and Nancy Pelosi. No one in the House could possibly have read the entire 2,232-page bill, whose text was drafted by congressional and White House staff with extensive input from corporate lobbyists and the Pentagon.

The Senate will take up the bill as early as Thursday night. Parliamentary procedure could delay a final vote until after the legal deadline of midnight Friday night, leading to a temporary partial shutdown of the federal government, but this would likely be only a matter of hours. The outcome of the final Senate vote is not in doubt. Minority Leader Schumer said Democrats would vote for the bill unanimously.

The federal budget reveals the basic political priorities of the Trump administration, the two corporate-controlled parties in Congress, and the US ruling elite as a whole. More than half of the $1.3 trillion in spending will go to the military, some $617 billion to the Pentagon plus an additional $78 billion for Overseas Contingency Operations (the wars in Afghanistan, Syria, Iraq, Yemen, Somalia, etc.), with tens of billions more in spending on police repression and military violence in other federal departments.

There was a notable difference in the political posturing of the two capitalist parties. Trump, Ryan and other Republicans condemned the increased spending on domestic programs as the price they had to pay to put through the military spending bonanza. Democrats generally praised the budget deal from the standpoint of the spending on domestic social needs -- the better to sell it to the American public -- but they also joined in the Republican hosannas over the boost in military spending.

House Speaker Paul Ryan hailed the military spending increase as the largest in 15 years (i.e., since the launching of the Iraq War), and claimed that, despite modest increases in social spending, "what this bill is ultimately about -- what we fought for for so long -- is finally giving our military the tools and the resources it needs to do the job." He did not specify what "job" the military was to undertake, but the Trump administration is preparing feverishly for wars against both Iran and North Korea, while pouring billions into nuclear weapons targeting Russia and China.

Trump himself tweeted, "Most importantly, got $700 Billion to rebuild our Military, $716 Billion next year ... most ever. Had to waste money on Dem giveaways in order to take care of military pay increase and new equipment." Budget director Mick Mulvaney chimed in, telling reporters at a briefing, "In order to get the defense spending, primarily, but all the rest of our priorities funded, we had to give away a lot of stuff that we didn't want to give away."

Meanwhile Senate Minority Leader Schumer claimed victory in the increased spending for domestic programs, in contrast to Trump's initial proposal for major, across-the-board cuts. "Every bill takes compromise, and there was plenty here, but at the end of the day, we Democrats feel very good because so many of our priorities for the middle class were included," he said.

There were numerous policy measures added as "riders" to the budget bill. One is particularly cruel: it cuts off aid to the Palestinian Authority until the PA stops making support payments to the families of so-called "terrorists," those who have been arrested by Israeli troops and police, or who have died in protests or suicide attacks.

One of the most contentious provisions was to spend $1.6 billion on "border security" improvements along the US-Mexico border. Democrats claimed that the money is limited to improvements or extensions of existing fences, not new construction. Even if true, that only demonstrates that Trump's wall is itself not a radical departure from the policies already authorized by Republican and Democratic congresses alike, and put into place by the Obama administration, which detained and deported more immigrants than any previous US government.

Patrick Martin writes for the World Socialist Website (wsws.org), a forum for socialist ideas & analysis & published by the International Committee of the Fourth International (ICFI).
Related Topic(s): Daca; Dreamers; Immigration; Military Budget; Military Spending; Opposition, Add Tags
Add to My Group(s)
Go To Commenting
The views expressed herein are the sole responsibility of the author and do not necessarily reflect those of this website or its editors.