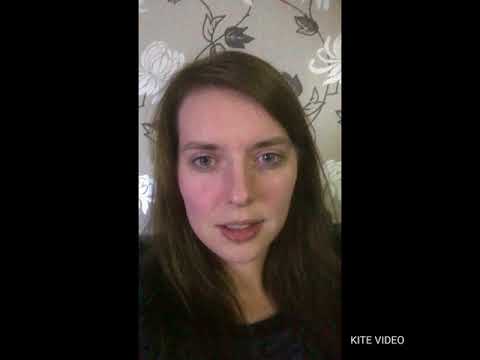 From yesterday's article in the UK Daily Mail:

A beauty queen who blacked out and crashed her car as she drove to her doctor's surgery to find out why she was suffering with terrible headaches, discovered she had an untreatable brain tumour.

Elisha Hudson, 25, from Cromer, Norfolk, UK, began suffering following a previous illness but the pain had grown in intensity and had become unmanageable. Following the car crash, Ms. Hudson was taken to hospital where she feared she would be diagnosed with epilepsy. Instead she was horrified to discover she had a brain tumour which was growing in size and it cannot be operated on.

Ms. Hudson, who recently won her local pageant and was crowned Miss Norfolk, said: 'You have a lot of questions that go through your mind: Like, how long have I got?'

Four years before she was diagnosed with a brain tumour, Ms. Hudson had been suffering from myalgic encephalomyelitis (ME), also known as a Chronic Fatigue Syndrome, for which there is no treatment. During the worst periods of her illness, Ms. Hudson would sleep for up to 22 hours a day, and says she often felt exhausted and depressed. She would also suffer from headaches and pain around her body. She was so ill that she was forced to take time off from her job as a carer at the Royal British Legion Care Home, in her hometown of Cromer. Over time she began to feel better and was hoping to return to work.

The Daily Mail article states: " Scientists have looked at other possible causes such as aspartame (Nutrasweet), cell phones, and power lines, but no one has been able to show that any of these clearly cause brain tumors." Where did these scientists do their research on aspartame and brain tumors? In Monsanto's pay toilet? Monsanto refused to answer this letter on the issue which proved them wrong: http://www.mpwhi.com/answering_monsantos_denial.htm

[Japan's safe food people tried three times to get Ajinomoto to answer it. The last time they wrote they said "we just 'ain't' going to answer it."]

Monsanto's denial was because of a brain tumor study being done in England. It was never published, We do know the last time checked they were coming to the same conclusion as the famed Dr. John Olney who tried to prevent approval and wrote a peer reviewed article on the issue. http://www.cnn.com/HEALTH/9611/18/aspartame/

The diagnosis has definitely changed the way I live my life. There is a lot more that I want to do and I just feel I should get on with it. I entered a beauty pageant in September and won and now I feel it has given me the confidence to do more. I would never have dreamt of doing a catwalk before but, after my initial nerves, I loved it. I want to do more and am looking to see if I can pursue a career as a fashion model. I want to use my role as Miss Norfolk and Miss Inspiration in order to raise awareness of brain tumours.

Brain tumours kill more children and adults under the age of 40 than any other cancer. That could be me. Research into this disease has been allocated just 1% of the national budget spend on cancer research. How can that be right?

Here is a statement we found about England's study that was never published: "When we exposed human brain tumor cells to nitro sated Diketopiperazine the cells became more motile and their rate of proliferation was significantly elevated. While it is somewhat early to speculate, it is possible that the aspartame breakdown product may be capable of enhancing the rate of malignant progression of pre-existing (and possibly clinically silent, undiagnosed tumors in the brain."

Aspartame breaks down to form diketopiperazine , a brain tumor agent, so what do you expect? If the study had shown aspartame did not trigger brain tumors you can be sure the manufacturers of aspartame would have had the study in the press the world over. Nobody has heard about the results and the study was never published. Use wisdom and decide for yourself.


First of all, why did the FDA revoke the petition for approval? Because aspartame caused brain tumors and it couldn't be proven safe. Here is that revoked petition discussing it. http://www.wnho. net/fda_petition1.doc

How did it get on the market? Through the political chicanery of Don Rumsfeld. All the details are all over the Internet, on my web site, www.mpwhi.com and even in movies like "Sweet Misery: A Poisoned World" https://www.youtube.com/watch?v=ZI7_8FDzuJE

Notice she complained of headaches. These are #1 on the FDA list of 92 symptoms from four types of seizures to coma and the ultimate symptom - death! http://www.mpwhi.com/92_aspartame_symptoms.pdf

Further down in the article, it discusses how she suffered from chronic fatigue syndrome. If that isn't a dead giveaway, I don't know what is. I just recently wrote an in-depth article on chronic fatigue which answers many questions: https://www.opednews.com/articles/Aspartame-Chronic-Fatigue-by-Dr-Betty-Martini-Aspartame_Diagnosis_Diet_Diet-171205-86.html

In original studies on aspartame the rats were developing brain tumors and G.D. Searle were caught red-handed excising the tumors and putting the rats back in the study. When they died they resurrected them on paper. They tried to have the company indicted for fraud but both US Prosecutors hired on with the defense team, Sidley & Austin, and the statute of limitations expired. Then they set up the Board of Inquiry that revoked the petition for approval. Searle sued and Rumsfeld took over, He even got President Reagan to write an executive order making the FDA powerless to sign the revoked petition into law. The FDA Commissioner was fired. The Executive Order was expunged.

Also blackouts are common with aspartame. President Bush II s still an aspartame user. I tried to get him to do something about it before he became a President and was Governor of Texas. He wrote me he had a difference of opinion. Aspartame is addictive. It has a methyl ester which immediately becomes free methyl alcohol and is classified as a narcotic. It causes chronic methanol poison; this affects the dopamine system of the brain and causes the addiction. You may recall an incident in which President Bush fainted and said it was from a pretzel.

Dr. H. J. Roberts wrote about it because he said he felt sure it was the aspartame: http://www.laleva.cc/food/aspartame_scd.html

There have been many reports of blackouts from aspartame over the years in my files. One man, Fred from Texas, drove 6 blocks when he blacked out and killed three people. He spent 5 years in prison. In this one case three dead and one life ruined because aspartame was marketed after the FDA revoked the petition for approval. Multiply the deaths and ruined lives in aspartame users worldwide - millions of deaths!

Consider all the babies being born with brain tumors being treated at St. Jude's. I read an article some time ago where it was stated they knew the mothers were using aspartame during pregnancy. The FDA did not even have the decency to add a pregnancy warning when the studies showed neural tube defects, spina bifida, cleft palate, etc. It has caused an epidemic of autism. http://www.rense.com/general96/asparautism.html

Related Topic(s): Betty Martini; Brain Tumors Caused By Ajinomoto Aspartame; Elisha Hudson Miss Norfolk Uk; Glial Tumor In Brain; H J Roberts; Monsanto Mafia; Russell Blaylock Neurosurgeon, Add Tags
Add to My Group(s)
Go To Commenting
The views expressed herein are the sole responsibility of the author and do not necessarily reflect those of this website or its editors.