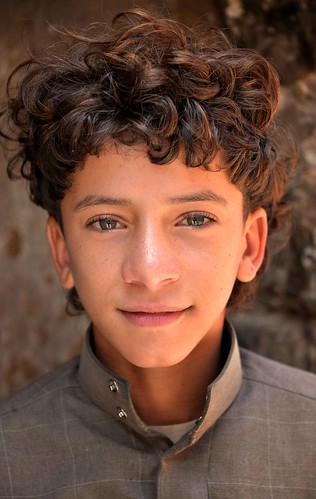 Village Boy, Will he live, will he die, or is he already dead?
(Image by Rod Waddington)   Details   DMCA

A high ranking US official said Thursday (Sept 5) that Washington was in talks with the Houthi rebels in a bid to end Yemen's war.

"We are narrowly focused on trying to end the war in Yemen," US Assistant Secretary of State for Near Eastern Affairs David Schenker told reporters during a visit to Al-Kharj air base near the Saudi capital Riyadh.

The Wall Street Journal reported last month that Washington was preparing for direct talks with the rebels and that its negotiating team would be led by Christopher Henzel, who became the Trump administration's first ambassador to Yemen in April.

The rebels, for their part, have exposed the limits of Saudi Arabia's military might, menacing its cities with what Riyadh says are Iranian-supplied weapons.

"The Houthis have been sending a barrage of drones and ballistic missiles towards vital Saudi installations after a recent spike in US-Iran tensions," Fatima Abo Alasrar, a scholar at the Washington-based Middle East Institute, told AFP.

Caleb Weiss of the Long War Journal said Yemen's Houthi insurgent movement has steadily increased its capabilities to strike inside Saudi Arabia utilizing a myriad of weapons and tools, as these recent attacks demonstrate.

Over the past few days, Houthi insurgents claimed a series of attacks inside Saudi Arabia. These include ballistic and cruise missiles, as well as drone strikes.

Beginning on Aug. 24, the Houthis conducted two drone strikes on the King Khaled airbase in Khamis Mushayt and the Abha airport in southern Saudi Arabia. A day later, another round of drone strikes were reported on both targets. On the same day, ten Badr-1 ballistic missiles were reportedly fired into Saudi's Jizan city.

The Houthis continued their missile attacks on Saudi Arabia on August 26, 27 and 28.

US, UK accomplices to atrocities

In what is considered the deadliest airstrike of the year, Saudi-led forces bombed a detention facility in the western city of Dhamar in Western Yemen, killing about 100 people on Sunday (Sept 1). The prison was under control of the Houthi rebels.

The deadly bombing in the Yemen took place shortly before the United Nations Human Rights Council released a report on Tuesday, which condemned US, French and British complicity in the atrocities being committed by Saudi Arabia and its allies in Yemen.

The 274-page report says that there are "reasonable grounds to believe that the parties to the conflict in Yemen are responsible for an array of human rights violations and violations of international humanitarian law. Some of these violations are likely to amount to war crimes."

"The inhumane deprivation of the Yemeni population of their rights to medicine, water and food should stop immediately. The very survival of the 24 million in need should be the first priority", said Kamel Jendoubi, chairperson of the UN Group of Experts on Yemen.