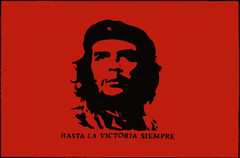 Modern imperialism, like the socioeconomic system it's based upon, is a house of cards. Capitalism, the socioeconomic system that it depends on to continue functioning, wouldn't be able to go on if its range of market control were to shrink too much. This is because capitalism's natural tendency towards growth inevitably creates for it a crisis of overproduction, which can only be alleviated by perpetually expanding its market control. As Michael Parenti observed, there can be socialism in one country, but there can't be capitalism in one country.

This reality that capitalism will implode when sufficiently isolated is a consequence of the self-defeating dynamic within capital and empire that Michael Roberts has explained:

Marx shows that the profitability of capitalist production does not stay stable, but is subject to an inexorable downward pressure (or tendency). That eventually leads to capitalists overinvesting (overaccumulating) relative to the profits they get out of the workers. At a certain point, overaccumulation relative to profit (ie a falling rate of profit) leads to the total or mass of profit no longer rising. Then capitalists stop investing and producing and we have overproduction, or a capitalist crisis. So the falling rate of profit (and falling profits) causes overproduction.

As the anti-imperialist movement keeps gaining control over more territory--and even more importantly markets--within Latin America especially, this innate deficiency within capitalism is consequently becoming worsened. The neoliberal era shows just how severely profits have fallen over this last half century alone. As Roberts observed in 2015, there's been a "secular decline in the US rate of profit since 1945" where "the US corporate profit rate is some 30 per cent below where it was after World War 2 and 20 per cent below the '60s." It's directly in response to this downward trend--which has accelerated amid the last year's economic shutdowns--that the bourgeoisie have implemented neoliberal policies, which are designed to foist the costs of capitalism's crisis onto the poor by increasing worker exploitation and redistributing ever more wealth to the rich.

In the last year, the International Monetary Fund--whose global financial hegemony is a key instrument behind why capitalism has survived this long amid its profit dropoff--has exploited the pandemic by imposing further wage reductions, austerity, and privatization onto 81 countries. But this reactive measure, like neoliberalism in general, is ultimately accelerating the process where capitalism becomes deprived of markets to expand into and therefore becomes more impacted by its own crises.

Why? Because by accelerating these increases in global inequality, the imperialists have made their neo-colonies more susceptible to class antagonisms, and therefore more likely to become economically independent from empire. From India to Colombia to Haiti, the lower classes within the countries the imperialists exploit the most have been waging ever-larger revolts. In Bolivia, these revolts have even brought about the undoing of the 2019 imperialist coup, which only held onto power for a year before the socialists forced through new elections and took back control. Left without a neo-colony in Bolivia, and faced with a shrinking of imperialist control amid the decline of U.S. military primacy and the rise of China, the imperialists can only sustain their socioeconomic system by intensifying exploitation in the places they still control. This causes those places to become likelier to join Bolivia in liberating themselves.

The imperialists may have prevented an anti-IMF candidate from winning in Ecuador a couple months ago by having the CIA create "leftist" factions that divided the vote in favor of the rightists, but the events in Colombia since then show where Ecuador's reinforced reactionary trend is going to eventually bring it towards. The Colombian neo-colonial government's attempt to raise taxes on the poor and privatize healthcare during a pandemic have brought the country's masses to a breaking point, carrying out irrepressible protests wherein dozens of police stations have been sacked, blockades have been set up to disrupt the economy, and many Colombian dissidents who were fleeing to Argentina a few weeks ago have become encouraged to return home.

In Peru, imperialism's failure to electorally maneuver against the socialists has brought things towards a point even closer to liberation from empire; the Marxist candidate Pedro Castillo is in all likelihood going to become the country's next president. These events in both countries have provoked alarm among bourgeois propagandists; last month, the Wall Street Journal wrote that "Mr. Castillo's thinking is frighteningly similar to that of the late Hugo Cha'vez, who ruled Venezuela from 1999 until his death in 2013. Chavismo strangled Venezuela's democratic institutions, sent human capital fleeing, destroyed the economy, and generated widespread poverty."

If the imperialists really cared about Latin American poverty, they would lift the sanctions on Venezuela and other imperialist-disobedient countries in the region, as well as stop forcing neoliberal policies onto the countries they control. And if they really cared about protecting the region's democratic institutions, they would cut off support for the neo-colonial dictatorships in Haiti and Honduras, as well for the extremely repressive Colombian regime and for fascists like Jair Bolsonaro. Accusations based on deflection and projection are always how they're going to portray the region's liberation movements.

Similar fearmongering has been applied to the protests in Colombia, with a Senior Fellow at the neoconservative American Foreign Policy Council having recently warned that:

Most egregiously, Congressional advocates have rejected outright the Colombian government's claims that members of radical groups such as the National Liberation Army (ELN) and the Revolutionary Armed Forces of Colombia (FARC) might be participating in the unrest. Yet, it is highly likely that these charges are accurate. FARC dissidents have in fact publicly called for the protesters to take up arms. Likewise, foreign governments such as Venezuela and Cuba have been vocal supporters of the unrest, and promoted narratives that have helped to stoke the violence. As such, Bogota's claims of foreign or terrorist involvement should be taken seriously.

What this and other neoconservatives don't mention when they promote these claims from the Colombian government is that the charges stem from the neo-Nazis who've gained influence over the country's police and military. To justify their advice for the government to coordinate with paramilitaries to massacre demonstrators and execute dissidents, this fascist clique has put forth a "counterterrorism" doctrine, which portrays every facet that opposes the far right--from NGOs to human rights groups to civic society--as part of a grand conspiracy by criminal organizations and foreign governments.

This is a conspiracy theory whose goal is to stamp out class struggle so that Washington can retain a key strategic military ally within the region, and so that international capital won't lose yet another corner of markets. And the policy of political terrorism that this conspiracy theory rationalizes is being backed by Colombia's parallel settler-colonial state Israel, which provides the advanced military technologies and repressive training techniques that the Zionist state has gained through its occupation of Palestine.

As this scorched-earth repression campaign aims to solidify Colombia as a neo-colony by in effect turning it into another dictatorship like Honduras or Haiti, the imperialists are no doubt privately considering the idea of a Chile-esque military coup in Peru should Castillo become president. Last month, the neoconservative publication The Atlantic even explicitly suggested something like this:

American influence in the country has dwindled. Since the defeat of the Shining Path, America's top foreign-policy priority in Peru has been drug interdiction, and Peruvians of all political perspectives feel little zeal for that project. And Peruvians feel less need to fake it, since China has replaced the United States as Peru's top trading partner. The Peruvian COVID-19 vaccination program relies on Chinese and not U.S. vaccines. Paradoxically, Peru's recent instability might cause a Castillo presidency to seem less threatening to undecided voters. Those voters might believe, as Moncada said to me, that a country that has removed so many presidents from office recently can always remove one more if he or she proves troublesome.

Related Topic(s): American Imperialism; Coup; Empire; Exploitation; Israel; Leverage; Neoconservatives; Repression; Revolution, Add Tags
Add to My Group(s)
Go To Commenting
The views expressed herein are the sole responsibility of the author and do not necessarily reflect those of this website or its editors.