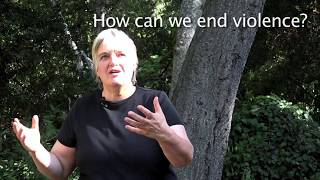 Although ISIS is claiming that Las Vegas mass murderer Stephen Paddock was one of theirs and was acting on its behalf, so far no independent evidence has surfaced to confirm ISIS's claim. If such evidence does emerge, it will be one more of a long series of deadly "blowback" occurrences arising from U.S. interventionism abroad.

But even if Paddock's mass killing spree turns out to have no rational explanation, I continue to contend that these bizarre, unexplainable acts of violence are also rooted in the U.S. government's decades-long killing spree abroad.

Here is the critical question: If the Pentagon and the CIA are killing masses of people abroad, will that have an adverse effect on people here at home?

The standard answer is no. Ever since the U.S. national-security establishment began killing people in foreign countries, the mindset has been that as long as the death and destruction is "over there," there would be no adverse impact on American society. As U.S. military and intelligence personnel wreaked death and destruction in faraway lands, Americans would continue to go to work, go on vacation, take their kids to soccer practice, attend sports events where they express thanks to troops, and just continue to live their lives in their regular ways.

The U.S. media has played its part in all this by declining to display photographs of dead bodies and body parts that are the result of U.S. shootings, bombings, or missile attacks. The notion has been that there is simply no good reason why Americans should be exposed to the effects of U.S. violence abroad. One of the best examples of this phenomenon is the many wedding parties that U.S. officials have bombed or stricken with a missile in Afghanistan. The U.S. media has always protected the American people from having to see photographs of the bodies of the bride, the groom, the attendants, the flower girl, the parents, and the guests.

I maintain the opposite. I hold that the massive U.S. violence abroad is triggering violent behavior in people here at home, especially those operating at the margins, mentally speaking. See, for example, my article Charlottesville and America's Death Machine.

Mind you, I'm no psychiatrist and I have no training in psychology. But I maintain, based simply on common sense and human nature, that all the massive death and destruction that the Pentagon and the CIA wreak abroad inevitably seeps into the minds of the American people. The result is an increasingly intolerant, uncivil, drug-addled, alcoholic society and, even worse, one that triggers irrational violent behavior in people who are mentally operating at the margin.

In my Charlottesville article, I wrote that for the past 25 years, the U.S. government had killed several millions of people in faraway lands. I wrote, "Okay, granted, it's not 6 million deaths, which has been the standard for numbers killed ever since World War II. Nonetheless, even two or three million of dead, maimed, and exiled people is not a small number."

It seems, however, that I seriously underestimated the number of people that the Pentagon and the CIA have killed, especially if we go back to 1947, when the U.S. government was converted into a national-security state to oppose its WWII partner and ally the Soviet Union in the Cold War. According to an article entitled "Deaths in Other Nations Since WWII Due to US Interventions" published in 2007 on a website called countercurrents.org, the U.S. government has actually killed some 20 million foreigners. That is definitely not a small number.

There is an important point to note: Not one single one of those 20 million people who were killed by U.S. personnel ever initiated violence against the United States. They were all killed "over there" by the U.S. government, which was initiating violence against them.

"But Jacob, what about the 9/11 attacks? Didn't the terrorists initiate violence when they did that?"

No. Those attacks were acts of retaliatory, not initiatory, violence. The attackers were retaliating for acts of violence that U.S. officials or their proxies had initiated against people in the Middle East.

Just recently, in the event of war with North Korea, the president of the United States promised to bring "fire and fury" to the entire country, no doubt referring to a U.S. nuclear-bombing campaign against the entire country. There was nary a concern for all the women, children, families, and others within that impoverished Third World country. The lives of those people just don't matter. They are obviously considered to be nothing but gooks and commies whose lives are no more valuable than those people in Afghanistan who were on their way to get married when they were bombed by U.S. warplanes.

One big problem is that in the addled brain of a person operating mentally at the margins here in the United States, he might well conclude, based on Trump's reasoning, that no life is valuable, not even American life.

Related Topic(s): CIA Interference; Pentagon; Violence-War, Add Tags
Add to My Group(s)
Go To Commenting
The views expressed herein are the sole responsibility of the author and do not necessarily reflect those of this website or its editors.