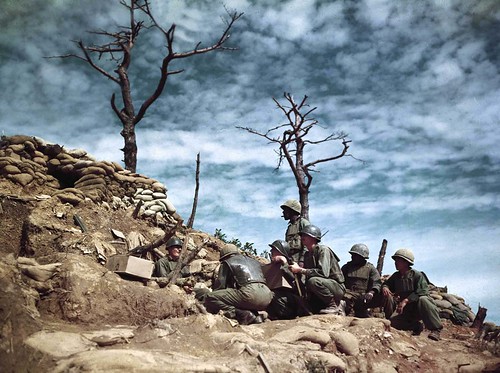 The question whether the United States used biological weapons during the Korean War remains a fierce controversy nearly 70 years after the North Korea and China made the initial allegations of such attacks.

An important new book by author Nicolson Baker, published in July by Penguin Books, Baseless: My Search for Secrets in the Ruins of the Freedom of Information Act, makes the case that the U.S. pursued a very limited use of germ warfare during the Korean War, turning then to deception around use of biological weapons (BW) in the latter stages of the conflict as a form of psychological warfare.

According to Baker, the U.S. used deception to make the North Koreans and Chinese believe they were under bacteriological attack, using dropped insects and voles, but not, except perhaps in very limited cases, actual biological weapons. The Chinese and North Koreans, for their own propaganda reasons, supposedly responded by falsifying evidence for some of the BW attacks, even as they presumably knew the attacks were not bacteriological in nature.

Baker is wrong about this, for reasons I will explain below. In my estimation, after pursuing the issue for many years (as has Baker), the evidence of U.S. biological warfare during the Korean War is well-nigh overwhelming. The novel incorporation into Baseless of portions of the CIA's 2013 release of declassified Signals Intelligence (SIGINT) intercepts and reports from the Korean War corroborates the BW claims of the Soviet, Chinese and North Korean governments. In fact, the use of the fairly new SIGINT evidence marks this book as a landmark in the historiography of that savage and poorly understood war.

Despite my conclusion that he erred in his conclusion to his book, Baker, who won the 2001 National Book Critics Circle Award for Double Fold: Libraries and the Assault on Paper, is an honest and fearless reporter, one who doesn't pretend his work is definitive. In fact, he writes concerning his conclusion on the Korean War BW issue, "You may not be convinced, but that's okay. My aim is to open the files, not necessarily to convince." Baker wants to "squeeze germs of truth from the sanitized documentary record of the U.S. government."

In this, he is partly successful. His pursuit is dogged. Years go by as the author waits for documents withheld from FOIA release, or are unreasonably redacted, or just lost in the bureaucracy.

Baker rails against the corrosive actions of censorship, about destroyed documents, and the malign intent of bad actors, even as he battles his own emotional fatigue generated by persistent exposure to the horror of what he is reporting.

Baseless is initially introduced as a narrative about the inanities and frustrations of using FOIA to pursue Cold War documents. The title refers to the eponymous name of an early 1950s secret government operation, which Baker describes as "a Pentagon program that aimed to achieve 'an Air Force-wide combat capability in biological and chemical warfare at the earliest possible date'". assigned priority category I, as high as atomic weapons."

The Department of Defense's decision to withhold twenty-one Project Baseless documents from FOIA release became the precipitant for Baker's journey into the depths of Cold War secrecy. In particular, he sought the truth about U.S. germ warfare during the Korean War, a truth Baker fears may never be found without the release of still more classified documents.

As a narrative, Baseless can be read as a modern version of Joseph Conrad's famous novella, Heart of Darkness. But instead of the crimes of King Leopold II and the International African Association, Baker exposes the activities of a group of CIA and Pentagon proponents of biological warfare, in league with top U.S. and Canadian scientific experts, who conducted "devious, manipulative, violent operations that might affect - did affect - millions of families all over the planet."

Among other covert U.S. campaigns documented in the pages of this book are the deployment of biological weapons against enemy agriculture and livestock, including use of hog cholera in East Germany in 1953 and 1954; swine fever and tobacco mold in Cuba; coffee rust in Guatemala; wheat rust in Russia; and an unprecedented experimentation with biological warfare agents or their simulants on urban populations in Minneapolis, St. Louis, San Francisco, New York and other areas.

Jeffrey Kaye is the author of Cover-up at Guantanamo, and his articles can be found on Medium and Invectus.  He is a  retired psychologist.  He has written extensively on torture issues, psychological and (more...)

Related Topic(s): Biological Warfare, Add Tags
Add to My Group(s)
Go To Commenting
The views expressed herein are the sole responsibility of the author and do not necessarily reflect those of this website or its editors.

Broken Faith: How a Navy Psychologist Drove A U.S. Prisoner to Attempt Suicide

NRC on Experiments on "War on Terror" Detainees: "A Contemporary Problem"?