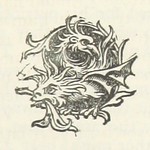 No one is talking about it openly, but, let us face it: those U.S.-made planes are crashing; the performance of Apple phones and computers is falling far behind those made by Huawei and other Chinese companies. Lenovo took over IBM and is doing extremely well. NASA is absolutely incapable of building decent rockets that would be able to deliver people or even satellites to space, cheaply and safely.

In the field of electric automobiles, China is far, far ahead. In fact, anyone who visits a major or secondary Chinese city, would be shocked to see that the implementation of 'zero emission' vehicles there is not something that is in the planning stage, it has for several years been a dream come true, reality: dozens of Chinese cities already have an excellent network of metro trains, of ecological electric buses, and of enormous public sidewalks that encourage people to stroll and remain healthy. Even police cars in China are electric.

Russia is doing extremely well, in several fields. In fact, it is at the vanguard, when it comes to such grounds as science and culture. Those days of 'humiliation' of the Gorbachev and Yeltsin era are far back, when Moscow naively believed Thatcherites and Reaganites! Russia is rolling: now producing and exporting excellent, often organic food. Its icebreakers are opening new paths for both people and goods. Russian space rockets are second to none, and its passenger airplanes are back in the skies. Nuclear and other power plants are helping to supply energy to many countries, all over the world.

You name it; China and Russia are producing it, developing it, helping to create it! Both nations are cooperating, scientifically, working for people, not just for business.

Citizens in both countries are enthusiastic, optimistic, full of hope. Their lives are improving, and there is so much to look forward to! They are building their nations, and helping the world to survive, to move forward. It can be called Communism or socialism with Chinese characteristics. Or it can be called nothing in particular in Russia (according to surveys, most of the citizens there want both the Soviet Union and Communism back, and the government is attentively listening, steering the country into the right direction). Perhaps, soon, the definition will be 'socialism Russian-style', without huge posters, but with plenty to show, and to celebrate.

But whatever it really is, it is working; working very well. Standards of living are growing. Health is improving. The environment is improving. Culture is everywhere. People are ecstatic.

And the West? The United States of A?

No, really! Honestly. Recently I spoke at several universities in Canada and Europe; I worked on two books in California. What a depressing experience!

Everyone bitching about everything; no optimism, and no spirit of building the motherland or improving the world. Cynicism, nihilism, bad moods on every corner. Nothing is 'sacred'.

People shackled by debts and loans, scared of leaving the insane rat race.

In the US of A, there is horror of getting sick and ending up on the street. And those bizarre, truly repulsive student loans: the regime forces you to study in order to get brainwashed, becoming a reliable lackey, and then slams you with tens of thousands of dollars in basically unserviceable debts. And where does it all lead to? To some tremendous scientific breakthroughs? To groundbreaking works of art? To pushing the boundaries with new, magnificent works of philosophy? No way! It only leads to the printing of new and newer diplomas, of PhD. certificates, each costing tens, hundreds of thousands of dollars. And those desperate research labs in the USA (most of them private, anyway) are importing scientists from India and China, trying to brain-drain the nations who are educating their people for free or cheaply. While concert halls in New York and London are begging the Chinese, Korean, Argentinian, Russian and Japanese pianists to come and play, even Western classical music.

What is it, President Trump? 'Making America great again' is somehow not working, is it?

Your country tried to ruin Soviet and Chinese communism for decades, telling the East Europeans through propaganda media outlets how great, how glorious the Western market system was, and how pathetic the command economy was, central planning and internationalism.

Look at them now those who ate your lies: in Bulgaria and Romania, both EU countries, people are living in misery, industry ruined or eaten by German and French multi-nationals. Look at Ukraine: a country with a standard of living approaching that of the poorest Southeast Asian countries. Even in the rich Czechia, I recently saw people eating from garbage bins, while once mighty factories like Skoda have been totally cannibalized by West European businesses. That's what you used to tell them East Europeans: "Come back to Europe. Come to the West!" So, they did. Talk to them now: nobody seems to be happy.

Related Topic(s): Empire; Nihilism; Optimism; Propaganda; USA; USA Govt, Add Tags
Add to My Group(s)
Go To Commenting
The views expressed herein are the sole responsibility of the author and do not necessarily reflect those of this website or its editors.