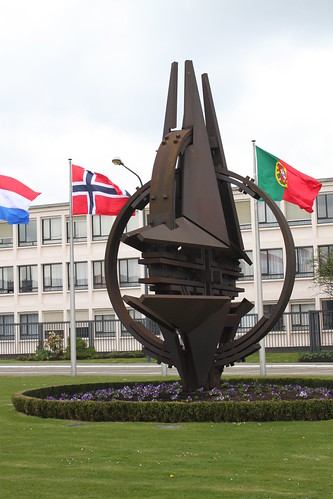 Lithuania continues its attempts to support the image that it is a peaceful democratic state and at the same time not lose US-NATO military support. On September 26, Lithuanian President Gitanas Nausėda made his first address at the United Nations General Assembly in New York. In his speech he said that the threat of Russia to its neighboring countries remains strong, and that Moscow is attempting to further destabilize its neighboring states.

Such statement can be regarded as calls for further support in developing Lithuania's military capabilities to oppose Russia in the Baltic Region. At the same time, to look "nice" in the eyes of the world community, Gitanas Nausėda added that Russia could change and inspire confidence by political means and only through diplomacy. The Lithuanian president underlined also that "determination to adhere to international law is often the last barrier separating our countries from unpredictable and therefore dangerous disorder", meaning from Russia.

From the very beginning it sounded as if Lithuania would like Russia to change its position on the international arena. But later the Lithuanian president contradicted himself. He called not to create any international platforms with Russia's participation designed to resolve existing political and military problems. Instead he strongly rejected the idea of some political leaders to create a new geopolitical space from the Atlantic Ocean to Vladivostok, drawing in Russia.

It turns out that Lithuania is not interested in changing Russia. Instead the Lithuanian president's speech illustrated a two-faced position on contemporary politics.

Lithuanian authorities are not going to change their plans. According to Ministry of National Defense. A rotational U.S. military force, a battalion-sized unit of over 500 U.S. Army soldiers, will deploy in Lithuania to ensure deterrence, and to train in exercises shortly in October. The unit is part of the U.S. Army's Europe Operation Atlantic Resolve.

"We have sought for a larger long-term U.S. military involvement in Lithuania and the region consistently and patiently. Therefore the deployment of the U.S. Army battalion for a longer period of time is good and awaited news and a result of our efforts and investment," Minister of National Defense Raimundas Karoblis said.

He also underscored that Lithuania has already hosted many U.S. battalions, showing a framework of concrete exercises. This time the U.S. forces are arriving for a long-term deployment, not for just a short-term international exercise.

The troops will bring heavy equipment, such as 30 Abrams tanks, 25 Bradley Infantry Fighting Vehicles and 70 wheeled vehicles. They will be deployed at Gen S.Žukauskas Training Area in Pabradė.

The U.S. battalion is planned to stay in Lithuania until spring 2020.

Furthermore, on September 26 the Lithuanian Armed Forces accepted 110 Unimog U5000 trucks of 5-ton payload, manufactured by Germany's Daimler AG. Lithuania is updating its military truck fleet with vehicles of the same make as are there already in the fleet.

The trucks are being delivered on the basis of a contract signed back in 2015 though continuing successful cooperation of the Ministry of National Defense and the NATO Support and Procurement Agency (NSPA). Eighty-eight such trucks have already been delivered to the Lithuanian Armed Forces; the contract covers acquisition of the total of 340 new Unimog trucks.

The 110 have been delivered to the Lithuanian Armed Forces on the basis of the contract on the Unimog truck acquisition between the Defense Materiel Agency under the MoD and the NATO Support and Procurement Agency updated in 2018. Daimler AG is committed to delivering the remaining 142 trucks in 2020-2021.

In other words, Lithuania does not really want Russia to change its position and behavior. It is more profitable for Lithuania to show its political concern, arm itself and get help. Lithuanian authorities do not care about reducing tension in Europe, and instead ignores attempts to resolve a crisis of political confidence in Europe by political means.

Related Topic(s): International; Military; NATO; Negotiation; Politics; Politics In Military; Procurement; Support, Add Tags
Add to My Group(s)
Go To Commenting
The views expressed herein are the sole responsibility of the author and do not necessarily reflect those of this website or its editors.