"They've had five years to figure this out and they haven't figured it out."
- LAUSD Board Member Jackie Goldberg

When the Los Angeles Unified School District (LAUSD) considers the renewal of charter schools, it is supposed to do it in a public hearing that includes comments from stakeholders for each item. At last week's meeting, the district ignored this rule and instead heard an hour of general public comment with phone calls selected at the beginning of the meeting. Charter school supporters dominated this conversation with only one speaker out of the 20 allotted spots speaking in opposition to these publicly financed private schools. Even with this advantage, one charter school was allowed to have an additional supporter speak during its hearing.

While I had planned to speak at the meeting, my call was not one of the ones that were chosen. The following is the text of my prepared speech:

AB1505 was passed by the California legislature to bring more accountability to the charter school authorization process. According to the CEO of the Extera charter, the California Charter School Association's strategy to circumvent this law was to overwhelm this board by having as many charter schools as possible apply for renewal at the same time. They hope that there is protection in a herd and you will not have the time to properly vet these schools. So much for "Kid's First."

If you allow the CCSA strategy to work, then you have failed the students of Los Angeles. You have an obligation to slow down and give each of these applications proper scrutiny. If you are not getting the answers that you need, then delay the process until you do. If these schools will not agree to give you the time you need, then you have no other option but to reject their petitions.

Let me suggest some starting points for the discussion:

As I pointed out in my email that I sent to the board, this school serves 35.9% fewer students with special education needs than the district does, has 61.3% fewer students with Autism than LAUSD schools, and 87.1% fewer children with Intellectual Disabilities. Neighboring public schools are left to pick up the cost.

This school has also not solved all the problems that led to the firing of the Executive Director after he used education funds for his personal benefit. The administration refuses to publicly release the results of a $20,000 investigation that looked into the weaknesses that allowed this misuse of funds to occur. More recently, the governing board of this school has swept aside charges of nepotism, conflict of interest, and poor financial controls.

The Charter School Division says that because of the ongoing pandemic, it would be too difficult to close this school even if keeping it open would cause ongoing harm to students. This is not the district's problem. Five years ago, the state decided to overrule the LAUSD's unanimous decision to reject this school's original charter petition. The state must deal with the consequences.

Under the law, charters are forced to undergo a renewal process every five years so that they are held accountable for their performance. If they are not improving educational outcomes, then their renewal petitions need to be rejected. It is time for this board to cull the herd that the CCSA has presented to you. 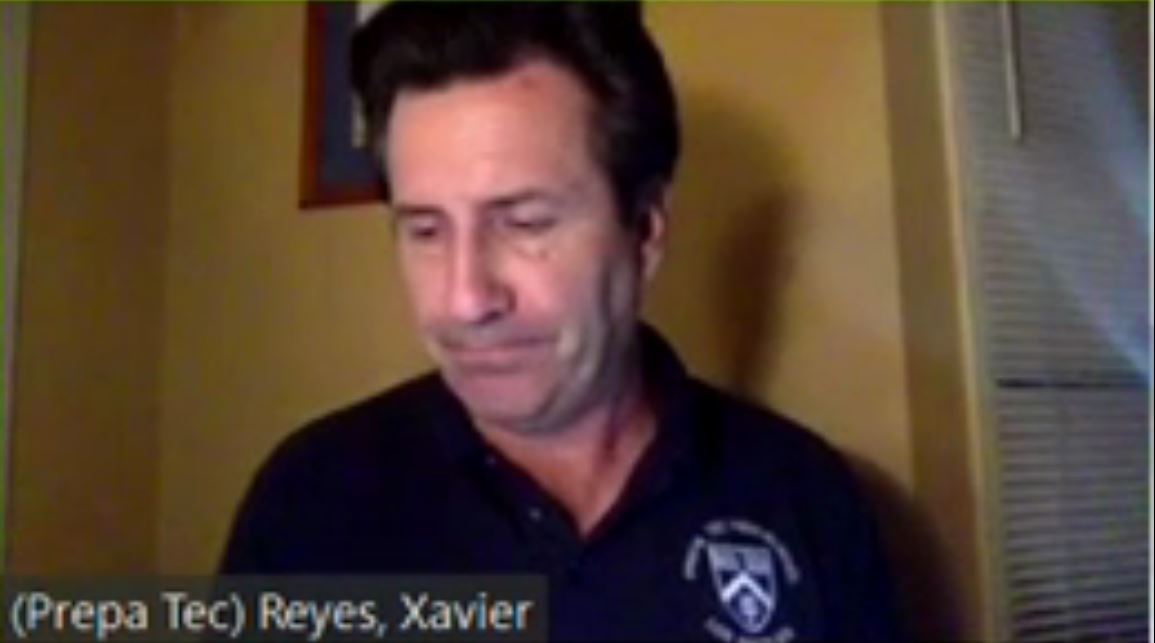 (Image by LAUSD)   Details   DMCA
By the end of the meeting, the CCSA herd had only been slightly culled. While 15 of the 17 charters on the agenda were approved, including El Camino and CHIME Institute's Schwarzenegger Community, the majority of the board overruled Nick Melvoin, Monica Garcia, and Kelley Gonez by denying California Collegiate Charter, a school whose performance had been rated "poor" by the state. Melvoin and Garcia also ignored the academic and financial failures of Prepa Tec and voted to extend its charter.

In the presentation before the board, administrators from Prepa Tec claimed to "own the results" from the school's first five years but then went on to make excuses. Ignoring the fact that having 100% turnover in the school's administration and losing 50% of its teachers were self-inflicted wounds, the school's representatives argued that they should not be held accountable for the resulting lower test scores. They also blamed the LAUSD for not providing them with PROP-39 space that they found acceptable and forcing them to move into a privately owned facility.

Throughout the presentation, there seemed to be a lack of acknowledgment of the extent of their academic failures. At one point the administrators even referred to the school as having the "gold standard model of education."

In reality, only 3.26% of Prepa Tec's students met California state standards in math in 2019. Even with these results, the school's representatives tried to tell the board members that 100% of their graduates were prepared for college. Unless math is no longer required in college course work, this seems unlikely. It is also unbelievable that the same students who could not meet state standards also had mastered Algebra and Geometry enough to pass these courses with a grade of "C" or better. When pressed, the charter's superintendent said he was also "perplexed" by these results, but assured Board Member Jackie Goldberg that they were true.