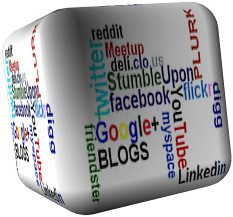 Anyone who believes locking President Donald Trump out of his social media accounts will serve as the first step on the path to healing the political divide in the United States is likely to be in for a bitter disappointment.

The flaws in this reasoning need to be peeled away, like the layers of an onion.

Twitter's decision to permanently ban Trump for, among other things, "incitement of violence" effectively cuts him off from 88 million followers. Facebook has said it will deny Trump access to his account till at least the end of his presidential term.

The act of barring an elected president, even an outgoing one, from the digital equivalent of the public square is bound to be every bit as polarising as allowing him to continue tweeting.

These moves threaten to widen the tribal divide between the Democratic and Republican parties into a chasm, and open up a damaging rift among liberals and the left on the limits of political speech.

The proximate cause of Facebook and Twitter's decision is his encouragement of a protest march on Washington DC last week by his supporters that rapidly turned violent as hundreds stormed the Capitol building, the seat of the US government.

Five people are reported to have died, including a police officer struck on the head with a fire extinguisher and a woman who was shot dead inside the building, apparently by a security guard.

The protesters - and much of the Republican party - believe that Trump's Democratic opponent, Joe Biden, "stole" November's presidential election. The storming of the Capitol occurred on the day electoral college votes were being counted, marking the moment when Biden's win became irreversible.

Since the November election, Trump has cultivated his supporters' political grievances by implying in regular tweets that the election was "rigged", that he supposedly won by a "landslide", and that Biden is an illegitimate president.

The social networks' immediate fear appears to be that, should he be allowed to continue, there could be a repetition of the turmoil at the Capitol when the inauguration - the formal transfer of power from Trump to Biden - takes place next week.

Whatever we - or the tech giants who now dominate our lives - might hope, there are no simple solutions to the problems caused by extreme political speech.

To many, banning Trump from Twitter - his main megaphone - sounds like a proportionate response to his incitement and his narcissistic behaviour. It appears to accord with a much-cited restriction on free speech: no one should be allowed to shout "Fire!" in a crowded theatre.