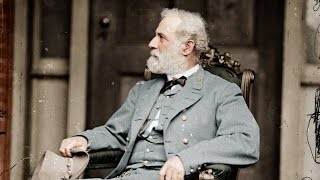 I hate to say this, but I'm starting to feel sorry for Donald Trump. He's only been in office for half a year, and already he's running out of Americans to attack.

Of course, he came into office having already notched his AK-47 Twitter rifle with hundreds of hits on the American citizenry, including such entire groups such as "nasty women," Mexican-Americans who have Latin-sounding names and Muslim-Americans who are, you know ... Muslims. Since then, he's repeatedly used the presidential bully-pulpit for mass-bullying assaults on every news outlet and reporter who refuses to be a Sean Hannity-suck-up to The Donald.

The trigger-happy tweeter-in-chief also relishes gunning down his own political kin: He has blasted all House Republicans who voted for a health care bill he called "mean" after he had personally pushed them to pass it; he mercilessly called for Republican Senate leader Mitch McConnell to commit political hara-kiri for failing to pass his abominable Trumpcare bill, a bill which was meaner than mean; and he publicly shoots down his own top appointees, from Attorney General Jeff Sessions to his short-lived mouthpiece Anthony Scaramucci (aka "The Mooch"), and now even his chief political strategist, Stephen "The Barbarian" Bannon has been bounced.

Then came The Great Donald Debacle -- his bumbling, shameful response to the racist, anti-Semitic rampage in Charlottesville by a menagerie of neo-Nazis, KKK thugs and swastika-clad white supremacists. His embrace of these marauding far-right extremists -- and his attack on all who stood up to their bigotry -- was so appalling that even his multimillionaire allies in Fortune 500 corporations gagged. Led by Merck CEO Kenneth Frazier, the 47 members of Trump's two big corporate advisory committees abolished their own panels in protest. The petulant president, clueless as usual to the importance of political symbolism, tweeted an angry potshot at Frazier -- who happened to be one of the only two African-Americans on Trump's corporate committees.

But our foam-at-the-mouth president still has one loyal friend by his side -- Ku Klux Klan poohbah David Duke. "Thank you," the Duke of Whiteness tweeted to Trump after his defense of the supremacists' murderous frenzy in Virginia. Perfect -- The Duke and The Donald deserve each other.

While the present President of the United States keeps revealing a constricted moral character that ranges from boorish to brutish, it's only fair to note that he also has a tender side.

This surprising side of Trump popped out several days after those savage attacks by raging white supremacists in Charlottesville. In a presidential tweet, he said: "Sad to see the history and culture of our great country being ripped apart." Yes, very sad to see a resurfacing of raw bigotry ripping so viciously into America's historic attempts to create a culture of mutual respect and unity in a nation of extraordinary diversity -- e pluribus unum, as our national maxim puts it.

Oh... wait, that's not what Donald meant. Rather than criticizing the violence of the armed racists who were out to rip apart the Big Idea of American Egalitarianism, this was the boorish, small-minded president speaking. Trump was actually defending the bigots who were rallying around pieces of bronze and granite that celebrate America's darkest period of slavery, secession and white supremacy.

The KKK thugs invaded Charlottesville in a violent objection to the city's planned removal of a statue of Robert E. Lee, who led the southern states' war against the U.S. so they could continue to enslave African-Americans. Trump's lament, then, was not about the attack on America's humanitarian ideals, but merely about "the removal of our beautiful statues." Apparently, it never occurred to him that most Americans do not consider the statues either beautiful or ours.

Ironically, Robert E. Lee himself opposed erecting Confederate statues across the south: "I think it wiser not to keep open the sores of war," he said, but instead "to obliterate the marks of civil strife."

If only we had a leader with such self-effacing wisdom today, when bigots feel newly empowered to incite civil strife in our nation.

Related Topic(s): Bigotry; David Duke; Donald Trump Narcissist; Ku Klux Klan; Republican; Robert E Lee, Add Tags
Add to My Group(s)
Go To Commenting
The views expressed herein are the sole responsibility of the author and do not necessarily reflect those of this website or its editors.