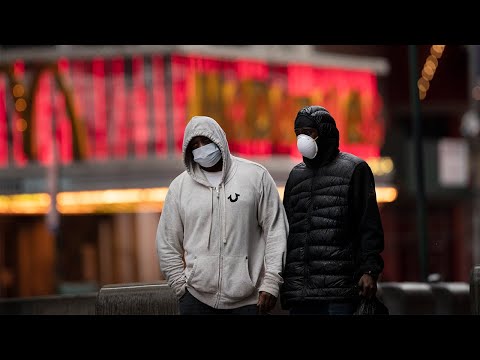 Everyone knows that the official data about COVID-19 infections and deaths are not consistent among countries and are not complete because of inadequate testing and the unknown number of cases that are too mild to be detected. However, the reported deaths are real and even prior condition deaths are provoked by virus infection.

Nevertheless, many false claims have entered the debate and despite their falsity, are taken as true by those whose arguments they serve. If you fear the police state more than the virus, you may be inclined to believe that Sweden with an open economy had less infections and deaths than any other country and no adverse economic effects from close-downs. But this belief is contradicted by the Swedish Riksbank, which reported major shutdown of the Swedish economy by the voluntary non-participation of the Swedish people in the economy. For example, restaurant and bar traffic fell by 70%. I know of no incentive for the Riksbank to talk down the Swedish economy. One assumes that Sweden and Norway, being so similar in character and reporting, are a good test case. The data indicate that Sweden has much higher infections and deaths per one million population than Norway.

We also have the false claim that masks are ineffective and do more harm than good. People send around highly misleading articles, such as this one in Medical News Today -- "New study questions the effectiveness of masks against SARS-CoV-2" The article opens: " Research published at the beginning of April casts serious doubts about the effectiveness of both surgical and cloth masks in preventing the spread of infectious SARS-CoV-2 particles."

Everyone knows that surgical masks and homemade cloth masks do not filter out virus. To protect from virus requires a N-95 or higher mask.

The article's headline and opening sentence creates the impression that masks are useless. I now receive endless emails from normally sensible people who are convinced that masks are just another element in the plot. If you read deeper into the Medical News Today article, you learn that the right masks do work, but that the CDC wants them reserved, due to their shortage, for medical personnel: "The guidelines encourage people to wear homemade cloth masks while out and about, while still urging them to leave specialized surgical masks and N95 respirators to medical professionals, who have been facing a dangerous shortage."

This admission that masks are essential to protect health care personnel is followed by the CDC claim that for all other healthy people "the wide use of masks by healthy people in the community setting is not supported by current evidence and carries uncertainties and critical risks."

So, health care professionals, some of whom report working 10- and 12- hour shifts while wearing masks, can safely wear a N-95 mask, but not other healthy people shopping for groceries, walking crowded streets, riding NY subways, or working in office buildings. For these people masks pose "critical risks"!

Obviously, this is nonsensical.

It is also nonsensical to assume, as is now common, that only health care personnel are exposed to the virus. Everyone else going about in infected areas, such as NY City, is not exposed to the virus and does not need a mask for protection. How can this be true? How can it be that the CDC cannot see the extraordinary contradiction in its guideline?

If healthy people don't need masks for protection, why do they need to be protected by close-downs? If the assumption is that healthy people are immune -- except for health care personnel -- and only sick people can be infected, no precautions are necessary for the general public.

Related Topic(s): Coronavirus; Death; Doctors; Health; Masks; Nurses; Shutdown; Threat, Add Tags
Add to My Group(s)
Go To Commenting
The views expressed herein are the sole responsibility of the author and do not necessarily reflect those of this website or its editors.