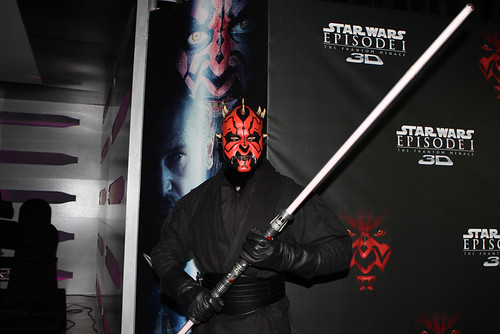 President Trump has signed the National Defense Authorization Act (NDAA) for 2020 that establishes a U.S. Space Force as the sixth branch of the U.S. armed forces -- despite the Outer Space Treaty designating space as a global commons to be used for peaceful purposes.

Reported Space News: "Trump signed the NDAA flanked by top defense and military officials at a ceremony at Joint Base Andrews, Maryland." https://spacenews.com/trump-signs-defense-bill-establishing-u-s-space-force-what-comes-next/ It quoted Trump saying: "Today marks a landmark achievement as we officially inaugurate the newest branch or our military, the U.S. Space Force. This is very big and important moment."

The Space News article quoted U.S. Secretary of Defense Mark Esper saying at the signing December 20: "Our reliance on space-based capabilities has grown dramatically and today outer space has evolved into a warfighting domain of its own. Maintaining American dominance in that domain is now the mission of the United States Space Force."

Bruce Gagnon, coordinator of the Global Network Against Weapons & Nuclear Power in Space, headquartered in Maine, said of what happened: "The words 'warfighting domain' and US 'dominance in space' indicate that the Pentagon is actively planning to fight a war in space. This misguided notion is probably the most dangerous and frightening development of my lifetime -- and I had thought the Cold War-era was bad. The idea that the U.S. thinks it can fight and 'win' a war in space is indeed the height of insanity."

The U.S. Congress joining with the Trump administration "to push forward with this 'US exceptionalism to the max' notion indicates just how much the aerospace industry has taken control of Washington," Gagnon, of Brunswick, Maine, continued.

"It is clear to me that what the Pentagon has long called 'the largest, and most expensive, industrial project in human history'Star Wars,' will drive our nation's economy over the cliff," said Gagnon. "There will be rockets and weapons in space and more homeless across the nation than anyone could ever imagine. Yes, we should call it Pyramids to the Heavens. The aerospace industry is the contemporary version of the Pharaohs of Egypt and the taxpayers will be the slaves. But everything has an Achilles Heel and the enormous cost of Star Wars could just be it."

He stated: "It's more than the right time for the public to declare a resounding NO."

The formation of a U.S. Space Force and the U.S. drive for "American dominance" of space will inevitably turn space into a war zone because other nations, China and Russia and then more, will respond in kind. There will be an arms race in space.

The landmark Outer Space Treaty of 1967 was put together by the U.S., the former Soviet Union, and the U.K., and since signed by most nations on Earth. It was spurred, as Craig Eisendrath, as a U.S. State Department officer involved in its creation, by the Soviet Union launching Sputnik, the first space satellite, as he noted in the 2001 TV documentary I wrote and narrate, "Star Wars Returns." It's online. https://www.dailymotion.com/video/x4w2h7 Eisendrath said "we sought to de-weaponize space before it got weaponized"to keep war out of space."

The Outer Space Treaty prohibits the placement of weapons of mass destruction in space, and although the Trump administration and U.S. military have been claiming a Space Force is necessary because of Russia and China moving into space militarily, in fact Russia and China -- and U.S. neighbor Canada -- have been leaders for decades in pushing for an expansion of the Outer Space Treaty. They have been advocating the Prevention of an Arms Race in Outer Space (PAROS) treaty under which the placement of any weapons in space would be barred. The U.S.under both Republican and Democratic presidential administrationshas opposed the PAROS treaty and has effectively vetoed it at the United Nations. (I've been there to see this.)

"'Today is an historic moment for our nation as we launch the United States Space Force,'" Air Force Secretary Barbara Barrett told reporters Dec. 20," said the Space News article. "The Space Force is the first new military service created since 1947, when the Air Force was born from the U.S. Army Air Corps," it continued .

"The Space Force authorization marks a huge political victory for Trump, who started championing the idea of a space service in early 2018 and directed the Pentagon in June 2018 to figure out a plan to make it happen," said Space News, quoting Barrett as saying: "The president's vision has become a reality with overwhelming bipartisan and bicameral support from Congress." Raymond: "We do have a plan to rename the principal Air Force bases that house space units to be space bases."

The article quoted General John "Jay" Raymond, who has been commander of the U.S. Space Command and has become commander of the new U.S. Space Force, as saying: "We do have a plan to rename the principal Air Force bases that house space units to be space bases." https://spacenews.com/following-standup-of-u-s-space-force-air-force-bases-could-be-renamed-as-space-bases/?fbclid=IwAR06TsDxQAfTBHd8G2765Oiq_xQxL-3ofyWE8XzQ1tIPJfSr72UrSp9kMEo

Related Topic(s): Congress; Debris; Democrats; Military; Nuclear; Pentagon; Plutonium; Republican; Space Force; Space Technology; (more...) Space-Aerospace; Treaty; Trump; Wars; Weapons, Add Tags  (less...)
Add to My Group(s)
Go To Commenting
The views expressed herein are the sole responsibility of the author and do not necessarily reflect those of this website or its editors.