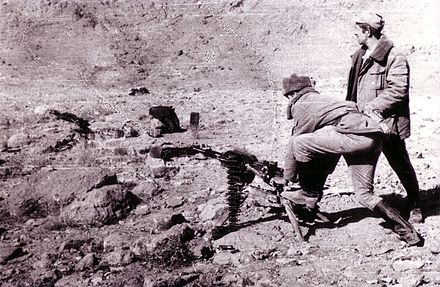 Democratic politicians like presumptive presidential nominee Joe Biden and House Majority Leader Nancy Pelosi and liberal media pundits are all screaming for "action" against Russia based on an article in the New York Times that relies on anonymous sources in the "military" and "US intelligence." The article, picked up by most major media unquestioningly, asserts base on no real evidence other than coerced "confessions" from Taliban captives, that Russian GPU agents have been offering cash to Taliban fighters for the killing US troops in that country.

Who knows what these hot-heads calling for retaliatory actions against Russia are imagining: attacks on Russians perhaps? A Hellfire missile through Putin's Kremlin office window? More sanctions on Russia?

Certainly they want Trump to look bad for not loudly condemning the Russians for this alleged atrocity.

But let's hold on a minute. Paying for scalps has a venerable tradition in the US. Ask any Native American. It's not just Native Americans who scalped their foes.

Meanwhile, more recently, doesn't anyone in this demented nation of ours where history is all about statues of genocidal warriors, not about honest recollections of and reflections on what happened, recall how back in 1979, President Jimmy Carter, now celebrated in his dotage as a great promoter of world peace, funded, trained and armed brutal Mujahidin fighters from Pashtun border regions and neighboring Pakistan and sent them against the Communist government of Afghanistan in Kabul?

The driving force for Carter's brazen aggression against the Afghanistan government, which had liberated women, expanded free education and literacy and instituted numerous modernization reforms unheard of in that impoverished nation, was his Polish-immigrant, viciously anti-Russian national security advisor Zbigniew Brzezinski. A kind of Democratic Kissinger, Zbigniew hoped the US funding or fundamentalist Islamic fighters against the "godless Commie" government would have "the effect of drawing the Afghan trap." He recalls in the same interview that when the Soviet Union, as he had hoped, sent its Red Army into Afghanistan at the invitation of the Afghan government, "I wrote to President Carter, essentially: 'We now have the opportunity of giving to the USSR its Vietnam War.'"

Since that time, my colleague and editor at Counterpunch, Jeffrey St. Clair calculates, Russia over the course of ten years, lost some 15,000 of its soldiers to the Mujahidin, who benefitted from $20 billion in US aid during that time, including Stinger shoulder-fired wire-guided missiles excellent for downing Soviet helicopters, and highly effective anti-tank weapons. Jeff notes that the death toll of Russian troops works out to an effective US bounty to the Mujahidin of $1.33 million per soldier killed surely a might higher bounty than Russian GPU agents are alleged to have paid their Taliban or Afhan gangster hit-men for the nine US soldiers alleged to have been offed for cash.

The truth is that the US has been a generous paymaster in the killing-for-hire business on a grand scale since the start of the Cold war in the late 1940s...

Related Topic(s): Afghanistan War; Killing; Russia; Russia-gate; Taliban, Add Tags
Add to My Group(s)
Go To Commenting
The views expressed herein are the sole responsibility of the author and do not necessarily reflect those of this website or its editors.