President Tayyip Erdogan's "Olive Branch" operation appears to have support at home and in Moscow, but failure would spell problems 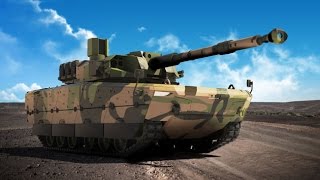 "Olive Branch" is the Orwellian-named Turkish invasion of a chunk of Syria. The operation comes as no surprise. President Tayyip Erdogan had hinted for nearly a year that a move was likely in the Syrian Kurdish canton of Afrin.

With Ankara staging a full-scale offensive into this small piece of Syrian real estate, which is roughly 40 kilometers long and 30 km wide, the endgame looks like a foregone conclusion.

After all, it is defended by a minimally equipped force of no more than 10,000. Turkish soldiers should take it in record time.

Diplomatic sources confirmed to Asia Times that the Turkish offensive was directly approved by Russian generals after a visit to Moscow by Hakan Fidan, second in command at the MIT, the Turkish secret service.

For his part, Aldar Khalil, the co-chair of the Movement of a Democratic Society in Afrin, has been quite vocal about Moscow's strategy. "Syrian Kurdish forces were given an ultimatum over the weekend," Khalil said. "[We were told] leave your positions to the Syrian regime or face the wrath of Ankara. They chose to stay."

This decision was taken after the Russians had asked the Kurds to make at least a gesture of appeasement towards Ankara. Washington's plan to support, finance and weaponize the formation of a Syrian Kurd statelet in northeast Syria in the mold of the Kurdistan Regional Government in Iraq was an absolute red line for Ankara.

Even offering Erdogan a much cherished "safe zone" was not enough to appease him -- considering a US-proposed "border force" of 30,000 could always be able to stage incursions into southeastern Turkey in the near future.

Internally, Operation Olive Branch is a shrewd move for Erdogan. Turkish nationalism is at fever pitch, so public opinion is largely behind the operation. For the Turkish president, this is an electoral bonanza.

Still, conversations with analysts reveal there is no guarantee Ankara has the military competence to hold on to Afrin. The Turkish military is largely demoralized after being gutted by Erdogan during the last several years following the 2016 coup attempt, which was carried out by a faction within the armed forces.

There is also deep suspicion among the top brass that the army is being used as cannon fodder.

As long as the operation is portrayed as "the defense of the motherland," motivation in the army will hold up. But if it derails into meddling in an intractable Arab civil war, Erdogan will start to face insurmountable problems.

If the Turkish military fails, his credibility will be in tatters. The threat is eminently plausible. Imagine if the Syrian Kurds decide to ally themselves with Damascus to confront the Turks, fearful that an Arab jihadist enclave might be revived in Afrin.

As it stands, we are facing quite a juicy paradox. We could have a secular Syrian President Bashar al-Assad watching from afar as a NATO ally of the US takes responsibility for smashing what could easily become yet another recycling assembly line of jihadists.

Remember, Erdogan is at the mercy of Russia's goodwill, even though Moscow and Ankara are currently in total sync on the key issue, which is that Washington must be deprived of any leverage in Syria.

Related Topic(s): Great Power Game; Kremlin; Olive Branch; Syria, Add Tags
Add to My Group(s)
Go To Commenting
The views expressed herein are the sole responsibility of the author and do not necessarily reflect those of this website or its editors.