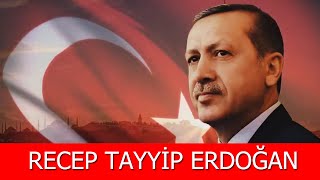 After 18 years of unchallenged power and success, Turkish President Recep Tayyip Erdogan suddenly finds himself in the middle of several domestic and foreign crises with no obvious way out. It is unfamiliar ground for a master politician who has moved nimbly from the margins of power to the undisputed leader of the largest economy in the Middle East.

His problems are largely of his own making: an economy built on a deeply corrupt construction industry, a disastrous intervention in Syria and a declaration of war on Turkey's Kurdish population. All of these initiatives have backfired badly. In the Mar. 31 local elections, Erdogan's conservative Justice and Development Party (AKP) lost control of all of Turkey's major cities, including the country's political center, Ankara, and the nation's economic engine, Istanbul. The latter contributes more than 30 percent of Turkey's GNP.

That is not to say that the man is down and out. The AKP is demanding a re-run of the Istanbul election and is preventing the progressive mayors of several Kurdish cities in Turkey's southeast from assuming office. Erdogan is not a man who shies from using brute force and intimidation to get his way. Close to 10,000 of his political opponents are in prison, hundreds of thousands of others have been dismissed from their jobs, and opposition media is largely crushed. The final outcome of the election is by no means settled.

But force will only exacerbate Erdogan's problems.

The Kurds are a case in point. When the leftist Kurdish-based People's Democratic Party (HDP) made a major electoral breakthrough in 2015 -- winning 81 seats in the Parliament and denying the AKP a majority -- Erdogan responded by ending peace talks with the Kurds and occupying Kurdish towns and cities.

Rather than cowing the Kurds, however, it sowed the wind, and the AKP reaped the hurricane in the March election. An analysis of the Istanbul mayor's race shows that the AKP and its right-wing National Movement Party alliance won about the same percentage of votes it had in last year's presidential election. The same was true for the AKP's opposition -- the secular Republican People's Party (CHP) and its ally, the right-wing Good Party.

The difference was that the HDP did not field a candidate, and its imprisoned leader, Selahattin Demiratas, urged the Kurds and their supporters to vote against Erdogan's candidate. They did so in droves and tipped the balance to the CHP's candidate. That pattern pretty much held for the rest of the country and accounts for the AKP's loss of other cities, like Izmar, Antalya, Mersin and Adana.

Conn M. Hallinan is a columnist for Foreign Policy In Focus, â€œA Think Tank Without Walls, and an independent journalist. He holds a PhD in Anthropology from the University of California, Berkeley. He (more...)
Related Topic(s): Assad; Kurds; Muslim; Power; Recep Tayyip Erdogan; Revenge; Russia And Turkey; Syria; Turkey Elections, Add Tags
Add to My Group(s)
Go To Commenting
The views expressed herein are the sole responsibility of the author and do not necessarily reflect those of this website or its editors.